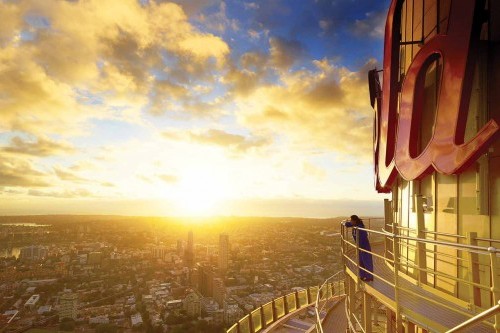 The Merlin Entertainment Group is to refurbish, rebrand and relaunch the Sydney Tower.

The UK-based global entertainment company is to invest more than $40 million in the Sydney Attractions Group facilities that it purchased earlier in the year, while also developing a Sydney Madame Tussauds wax museum.

Relaunched to coincide with its 30th anniversary next month, the new ' Sydney Eye' will tell the history of Sydney's famous landmarks and will also include Australia's first 4D cinema.

Merlin Australia Managing Director Edward Fuller said he wanted residents to return to the tower, built in the 1970s, which many had never visited.

Sydney newspaper The Daily Telegraph quoted Fuller as stating the following about the Sydney Tower " we will rebrand it, invest in it, and hopefully they will become proud of it.

"It's the best view I have ever seen. We are going to invest to bring it up to the 21st century."