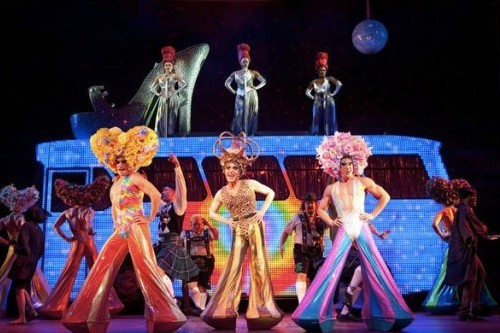 The ongoing battle between NSW and Victoria to secure major events has seen the Victorian Government secure the annual Helpmann Awards from Sydney from 2019.

Announcing today that the Awards will be held in Melbourne from 2019 to 2021, Victorian Minister for Tourism and Major Events John Eren stated “the Helpmann Awards belong in Australia’s cultural and theatre capital - Melbourne.”

“From our famous East End theatre precinct to home-grown productions, we have so much to celebrate - and hosting these awards on our turf will inspire more Victorians to go centre stage.”

This announcement comes on top of a raft of major theatre productions recently announced that will come exclusively to Victoria - including Come From Away and Harry Potter and the Cursed Child.

The event has been held in Sydney for the last 18 years.

Earlier this month, details were announced for the 2018 Helpmann Awards which will see the event split over two nights for the first time and expanded to celebrate the artists who work behind the scenes and in supporting roles.

The Ceremony will feature the cast of Priscilla along with performances that celebrate and promote the best of the live entertainment industry and will also honour the 10 recipients of the 2017 Centenary JC Williamson and Sue Nattrass Awards.

The Curtain Raiser event will be an industry insider night to inspire and engage featuring performances by up and coming artists and be hosted by the Industry's most distinguished luminaries in an intimate cocktail, cabaret style event.

Explaining the expansion, LPA Chief Executive, Evelyn Richardson advised “we have listened to the feedback from our industry peers and created two shorter shows which enable us to highlight the artistry and excellence in the live performance industry.

“The Helpmann Awards celebrate the many hands and hearts engaged in making the live performance industry the dynamic and creative powerhouse that is enjoyed by 18.4 million people each year in Australia."

The full program for the 18th annual Helpmann Awards events, including award category nominees, will be announced in June.

Image: Priscilla Queen of the Desert The Musical.