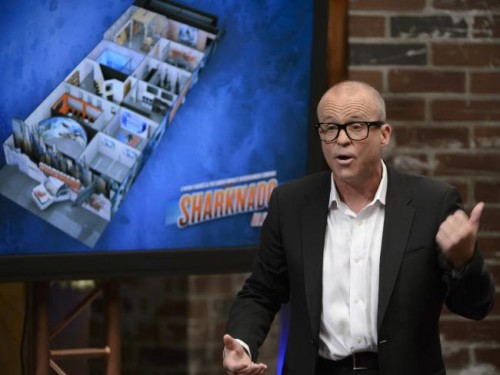 Australian Harris, who started his career at Wonderland Sydney (Australia’s Wonderland), has been Chairman of The Sudden Impact! Entertainment Company since 1991.

The New York, USA-based business has specialised in developing licensed, often horror-based, attractions around the world and Harris has recently won the rights to create the Sharknado Alive experience, based on the hugely successful Sharknado movies.

Seeking to involve the reality show’s ‘sharks’, Harris is offering the opportunity to become 50% partners in Sharknado Alive.

Shark Tank is an Australian reality competition television series that premiered in February 2015, on Network Ten. Based on the international Dragons' Den and Shark Tank format, it has aspiring entrepreneur-contestants make business presentations to a panel of ‘shark’ investors.

The show broadcasts at 9pm tonight (Sunday 8th May).

Click here to go to the Shark Tank page on Tenplay.

Lynton V Harris was profiled in the September/October 2008 issue of Australasian Leisure Management.