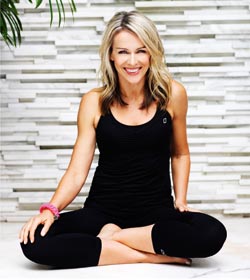 Leading active living advocate, Lorna Jane Clarkson, the founder of the Lorna Jane activewear brand, has launched a petition seeking the support of the Australian Government in empowering people to take control of their health in an attempt to curb growing obesity levels.

The national petition asks the Federal Senate to do everything in its power to support Active Living and Active Nation Day, an annual community event that encourages women to commit to being healthy. The petition follows research by the Australian Institute of Health and Welfare, revealing almost two in three Australian adults (63%) and one in four Australian children (25%) is overweight or obese.

Clarkson explains that she decided to make the bold move to help break the cycle of obesity by teaching women the importance of putting their health first.

She explains “sadly Australia is no longer the fit nation it once was and if something isn’t done we’ll become a nation of people riddled with serious health problems that could have been avoided by simply moving their bodies and making better food choices.

“At Lorna Jane we’re committed to empowering women to be fitter and healthier through active living, but I need help to encourage the Australian community to get on board, which is why I’m seeking support from Federal Parliament.

“By signing this petition you are sending a clear message to Australia’s national leaders that you want a healthier nation now and for future generations and that you’re part of Lorna Jane’s Active Living movement.” 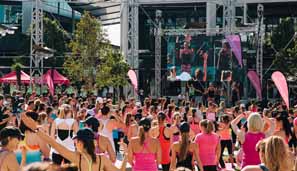 Those who cannot attend the events can register their own event via www.activenationday.com or track their movement on the day via the free Lorna Jane App (available for download via the App store), which will be added to an international movement tally.

The Lorna Jane petition is available to sign in all Lorna Jane stores nationally or online at www.activenationday.com.au