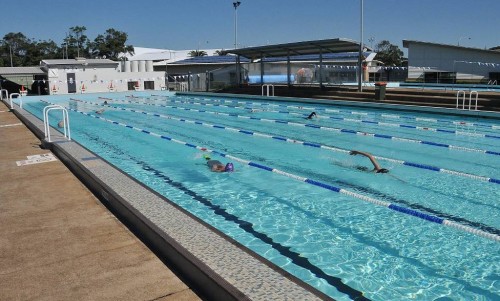 Port Macquarie-Hastings Council has announced that locally-based company, Swimwell Pty Ltd, has won the contract for the management and operation of all four of the Council's public pools

Swimwell, which is the current contractor at Port Macquarie pool, is headed by leading swim coach Michael Mullens, best known for his tutelage of Olympian James Magnussen.

This time last year, he was the front-runner in the selection process for the management of local pools.

Port Macquarie-Hastings Council's appointment of pool management contractors has not been a simple one.

When a five year tender came before the Council in June last year, none of the five tenders were accepted, despite a recommendation by Council staff to accept Hastings Aquatic's submission.

Instead, Councillors chose to extend the existing arrangements for a further 12 months and resolved to develop comprehensive new tender documents.

Now, the Council's Director of Infrastructure and Asset Management Jeffery Sharp has advised that each of the pools have been assessed individually to identify the best possible outcome for Council and the community. He said it had been a case of reviewing the capacity and aquatic experience behind each submission, as well as proposed improvements to existing pool facilities, proposed community programs and special events and proposed financial management plans.

The Council plans a new indoor pool for Wauchope while Swimwell has undertaken to install shade sails over Port Macquarie's 25 metre and 50 metre pools by the end of the first season.

No improvements to the buildings and facilities have been identified for Laurieton and Kendall pools at this point.

A media release from the Council advises that Swimwell will establish "land-based programs at Kendall, Laurieton and Wauchope pools by the commencement of the 2014/15 season to diversify recreational opportunities."

Sharp thanked all the current operators for doing a great and said Council was looking forward to continuing its positive relationship with Swimwell.