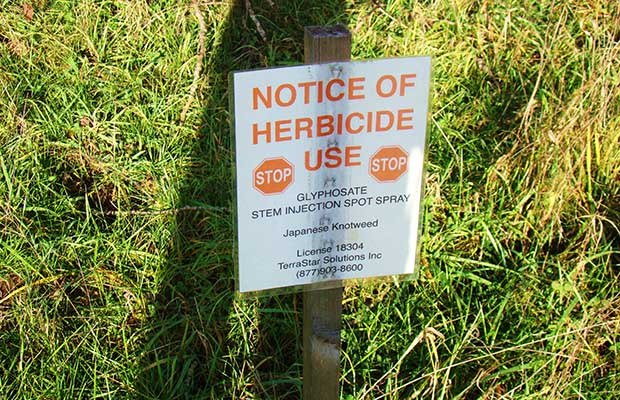 Councils across Australia are using the weed killer glyphosate in sensitive areas like playgrounds, despite a World Health Organization (WHO) warning the chemical probably causes cancer.

Glyphosate, originally trade marked as 'Roundup' is commonly used by households, farms and local councils, however, last year, the WHO's International Agency for Research on Cancer (IARC) upgraded its assessment of the common herbicide from "possibly" to "probably carcinogenic to humans".

The IARC found limited evidence of carcinogenicity in humans for non-Hodgkin lymphoma, mostly in agricultural workers.

The Australian Pesticide and Veterinary Medicine Authority (APVMA) and the Federal Department of Health are now re-assessing the risks it presents to humans.

APVMA told the ABC it expected that investigation to be finalised in May or June.

In a statement it advised “it is important to note that the hazard assessment conducted by IARC was not a complete regulatory risk assessment".

"The APVMA, along with regulators in other countries, consider that current labels for glyphosate products contain appropriate instructions for use to keep those regularly handling glyphosate safe."

The authority said about 50% of its $33 million budget came from levies that companies paid to have their product registered in Australia, determined by the quantity of sales.

With glyphosate products contributing $1.5 million to its budget, APVMA said there was no conflict of interest in investigating a product that contributed to its budget.

APVMA added “the existence of levies and or application fees paid by companies are not relevant or taken into consideration when the APVMA looks at the scientific basis of any review activity.”

The industry body for agricultural chemicals, CropLife Australia, said it had not, and would not be making contact with the regulator regarding its re-assessment of glyphosate.

Mindful of the risks, residents in Castlemaine and Bendigo in Central Victoria have petitioned their local councils to stop using glyphosate-based pesticides.

However, until Australian authorities change their assessment, local councils can continue to use the weed killer around schools, parks, and playgrounds and are not obliged to tell the public when and where they are spraying.

Work Safe Victoria issued a statement to the ABC saying it was preparing new advice for councils about using glyphosate.

The WorkSafe statement  advised "WorkSafe believes it is appropriate to alert Victorian employers to the issue. It will shortly issue guidance material advising employers of its reclassification.” 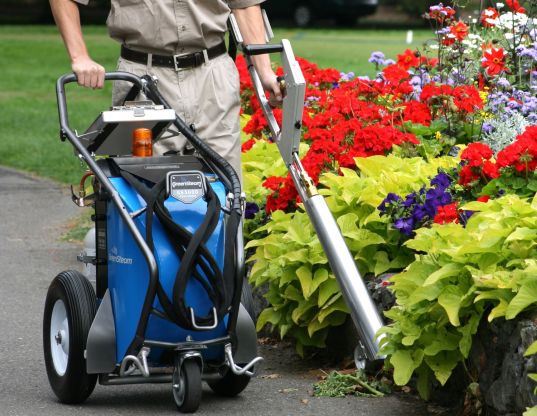 Image shows the use of steam to control weeds.

In a fact sheet to NSW councils State Cover advised “it is recommended that councils take a cautious approach and investigate their use of glyphosate and other hazardous chemicals used for weed control." Public safety lawyer Dimi Ioannou from Maurice Blackburn said council workers could potentially sue their employers in the future if they developed a significant injury as a result of handling the product.

Ioannou told the ABC “in the past we have ignored signs where products have been a dangerous good, such as asbestos, and years later thousands of victims have potentially made a claim for their pain and suffering.”

Yarra City Council in Melbourne is one of several councils around the country to trial alternative methods of killing weeds.

It is believed that about 30 local councils around the country, out of 560 councils in total, are trialling or regularly using weed steaming in some areas.

Earlier this month, Mount Alexander Shire Council rejected a petition from Castlemaine residents calling for an end to glyphosate use.

In a statement the Council advised “steam was trialled for weed control in 2014 but was not considered to be economically viable."

The Council said it had trialled a "plant-derived weed control product" last year but it was more expensive and less effective than glyphosate.