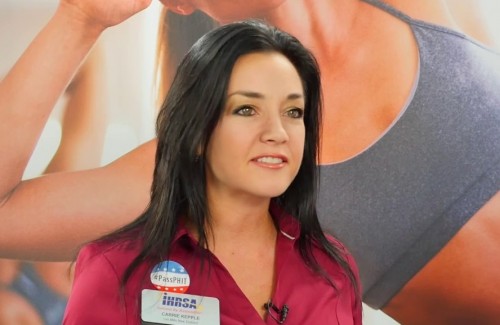 In making its recent announcement of its Board of Directors for the coming year, the International Health, Racquet & Sportsclub Association (IHRSA), welcomed New Zealand-based Carrie Kepple as a Director.

Resident in New Zealand since 2009, Kepple is currently Manager of a Les Mills facility in the Auckland suburb of Newmarket, New Zealand.

During her time she has expanded Les Mills’ club operations in New Zealand - opening, reopening, and managing three clubs across the country, having previously as a global sales training consultant for Les Mills International.

Prior to relocating to New Zealand, Kepple was the National Director for 62 corporate-owned clubs offering Gold’s Gym Group Exercise (GGX).

On her website, Kepple explains “in my career, I am a business leader with more than a decade of experience in the fitness industry.

“I have an empowering approach and can-do attitude to leadership, which has helped shape award winning businesses and grow other leaders in the fitness industry across the US and New Zealand.

“By taking risks and following the concept of ‘empower people and be the change’ I’ve been fortunate to find success training fitness professionals across the globe, opening multi-million dollar fitness clubs and rebuilding a failing business that suffered a deadly natural disaster.”

Carrie Kepple has her own website which can be viewed at www.carriekepple.com/about-carrie