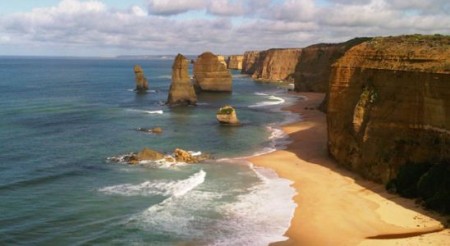 A sewage leak at Victoria's landmark Twelve Apostles has led to an investigation by the Environment Protection Authority.

With just 25 public toilets servicing the million visitors who visit the area each year, toilet queues are a common part of most visitors experience to the area. Overuse of the facilities led to recent leak which locals fear will affect the area’s reputation.

Commenting on the issue, Corangamite Mayor Chris O'Connor told the ABC “we're not even in peak time and certainly last year, with the speed of numbers, we were just at absolute full capacity.

"They've got portables in there. The place often smells pretty badly when you get out of your car, and just the capacity is not coping."

The recent sewage leak has left locals feeling uneasy, with fears that if the system breaks down, nearby towns will not be able to cope with the ensuing demand.

Mayor O’Connor stated “the likes of Port Campbell wouldn't have the capacity to cope. We would be in real trouble.

"Who knows what would happen but it would be highly embarrassing and it'd be obviously a major shock to our local economy."

Wayne Kayler-Thomson from the Great Ocean Road Regional Tourism Board said it has been a long-running issue and could potentially make a bigger splash.

He told the ABC “once you've got inadequate facilities, then the experience of that is substandard and that will further deteriorate.

"With social media these days, people will start talking about the poor experience, the poor facilities that are there.

"The growth that we've been experiencing can be diminished, pretty quickly. So it is urgent."

Kayler-Thomson believes that visitors should be charged a small fee, such as $10, to visit the area.

Headded “the quality of the experience there has deteriorated over the years as the number of visitors increase, and we need to improve the standard of the facilities that are there as per what visitors would expect.

"If you go to other natural attractions around the world, you'll find it's common practice to pay a fee to access those facilities and that helps to maintain the facility.

“So we need to investigate ways and opportunities of doing that as part of the long term sustainability of the site."