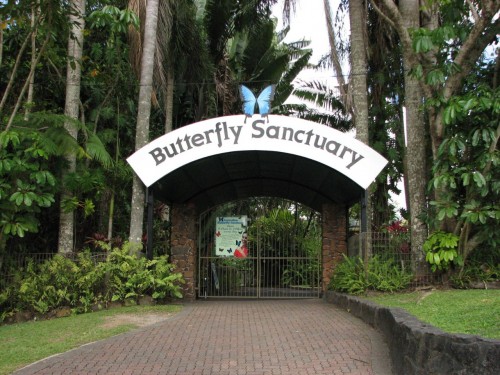 The Australian Butterfly Sanctuary in Kuranda, the largest live butterfly exhibit in the world, is celebrating its landmark 30th year of operation.

Officially opened by Lady Flo Bjelke-Petersen in 1987, the attraction receiving recognition as the world’s largest butterfly farm by the Guinness Book Of Records in 1989.

Initially created by Paul and Sue Wright, the Woodward Family The CaPTA Group purchased a one half share of the business in 2004, and then the remaining share in 2007.

The attraction prospered under the sales and marketing experience and visionary leadership of Charles Woodward, with the implementation of new initiatives such as opening the breeding laboratory to the public in 2005.

‘Behind-The-Scenes’ Tours of the Sanctuary’s laboratory, which houses up to 4,000 caterpillars, were introduced as part of the guided aviary tour in 2009, showcasing how the Sanctuary continuously stock the aviary with thousands of butterflies. 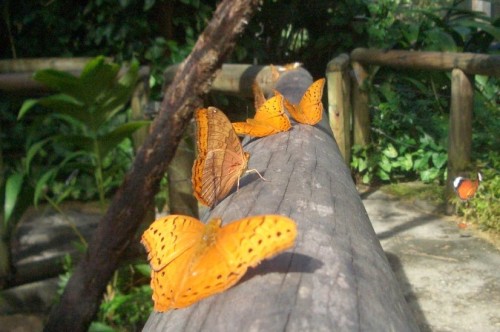 Sanctuary Director of Sales and Marketing Ben Woodward said ideas such as this have taken the attraction to a whole new level of success, stating “all of our butterflies are actually hand-reared on the premises, with staff collecting and sterilising the eggs, then “hand-raising” the caterpillars through to the chrysalis stage, until they are released as butterflies into the aviary.

“Before then, most people probably used to think our staff ran around with big nets catching butterflies to put inside, so it was ingenious to give new insight into the process involved.

Today, the Sanctuary's 3666 cubic metre aviary is home to over 1500 magnificent butterflies over 13 local native species at any one time, including the iconic large green and yellow Cairns Birdwing.

The Australian Butterfly Sanctuary currently has 18 staff members and is open every day except Christmas Day from 9:45am to 4pm.