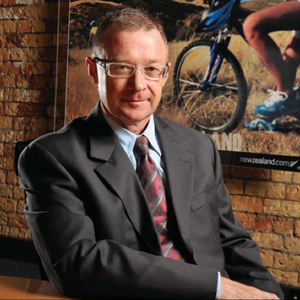 Tourism New Zealand Chief Executive Kevin Bowler has announced that he will be leaving his role at the end of October to join head Frucor Beverages’ New Zealand operations.

Prendergast stated “during his tenure, Kevin has reinvigorated the way the country is marketed, narrowing the organisation’s focus to people already ‘actively considering’ New Zealand and delivering significant value to the economy through the use of targeted digital media channels.

“He and his team have subsequently presided over some of the most extraordinary growth the industry has ever seen with visitor spend rising 25% to $10.2 billion in the past 12 months alone.

“Kevin joined Tourism New Zealand in January 2010 and led the organisation and industry through the recovery from the Canterbury earthquakes.

“His time at Tourism New Zealand has been marked by the remarkable success of leveraging international attention gained from the Rugby World Cup and The Hobbit films; the inspiring approach to using international ambassadors in our promotion; expansion into new markets and sectors, and significant partnerships with aviation and digital media partners.

“He ends his tenure having just announced Hollywood powerhouse James Cameron as the latest in a line of influencers who have thrown their voice behind the 100% Pure New Zealand campaign.

“With the tourism industry delivering more value to the economy than ever before, Kevin leaves Tourism New Zealand is the best shape possible.”

The Board has begun the process for replacing Bowler.