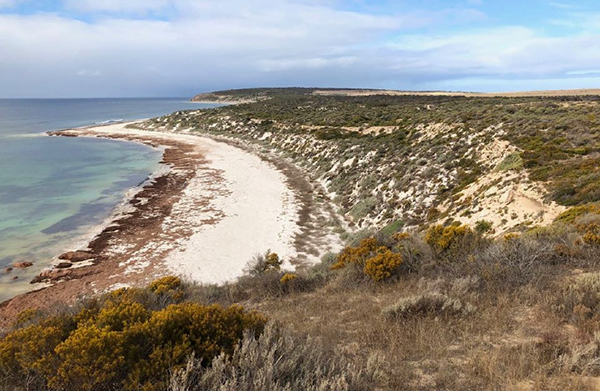 Joint funding from the Federal and South Australian Governments will secure a 3,400 hectare wildlife haven on Flinders Island to protect existing birdlife and allow the introduction of priority mammal species, while developing a nature based tourism destination.

The Federal Government’s $1.67 million investment is part of a $10 million safe haven strategy to expand the number of predator free areas through the $100 million Environment Restoration Fund.

The South Australian Government will invest a further $1 million and manage the establishment of the project with the local Woolford family, which has owned the island for more than 40 years.

Occupying an area the size of 6,000 football fields, the safe haven will see the eradication of invasive rats, mice and cats, and the restoration of native habitat.

Federal Minister for the Environment Sussan Ley said the project will help strengthen a national network of safe havens and notes “while we continue to work nationally to reduce feral predators and pests the role of predator free havens is particularly important in nurturing native populations.

“As well as protecting local birdlife on the island we will look to introduce mammal species under threat of extinction to a pest free environment that can help strengthen populations.

“About a dozen national priority species are being considered, among them were two species of threatened bandicoots and other threatened mammals.”

South Australian Minister for Environment and Water David Speirs, said the Woolford family had agreed to place a conservation agreement over the majority of the island, in addition to the existing Heritage Agreement that already covers about 250 hectares.

Minister Speirs adds “the family uses the island for business and recreation purposes and, in a limited way, for sheep grazing and tourism but is keen to enter into a conservation agreement in line with its longer-term aspiration for Flinders Island to be a nature based tourism destination.

“Eradicating feral animals would create a safe haven for native wildlife helping the bird species that already use it and helping save at least two mainland species from extinction.

“In the process it will establish a nature-based tourism destination that will help raise awareness of the steps we can take to reduce threats to native wildlife.”

Federal Member for Grey, Rowan Ramsey, said that the decision recognised the unique character of Flinders Island and the Federal Government’s strong support for the environment.

“Feral pests are a problem for farming communities across region and for our native species, and this project highlights some of the practical ways we can all work together.”

Jonas Woolford said his family was in a unique position to be able to offer the use of an island for such a special project.

“We have always wanted to get rid of the cats and rodents, but the recent bushfires and the issue of climate change have highlighted the importance of the land and that we can play a part in rehabilitating the natural environment and creating a safe haven.”

Woolford said implementing biosecurity measures would be an important factor in delivering the project over the long term, and the involvement of volunteers and university students would also be welcome.

The island is in the Investigator Group about 30km west of Elliston. It was named by navigator Matthew Flinders after his brother Samuel and in the early 1820s had whaling and sealing stations.

A project team, including local volunteers, will work with the Woolford family to revegetate specific locations. The family is also considering establishing a nature-based tourism operation so others can join in and enjoy the island’s environment how it used to be.

Image courtesy of SA Department of Environment and Water