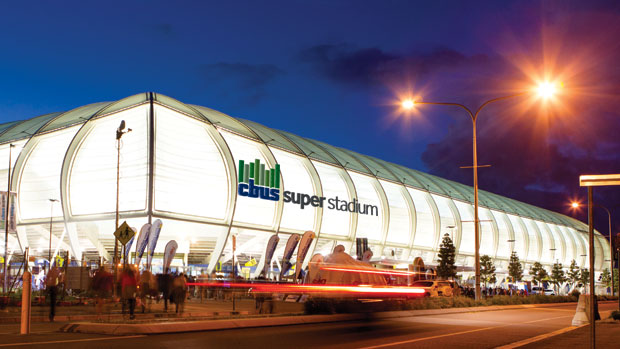 A taskforce consisting of industry and commercial experts will evaluate the management of State Government venues as part of Queensland’s first Sport and Active Recreation Strategy, due to be released by the end of 2018.

Queensland Sports Minister Mick de Brenni recently announced the taskforce would be headed by experienced sports and tourism executive John Lee, who will lead a thorough assessment of the operations of the state’s nine venues.

Minister de Brenni advised “at the last election, we made a commitment to develop an overarching Sports and Active Recreation Strategy for sport in Queensland, from grassroots level right up to how we manage our venues through Stadiums Queensland.

“A key part of the strategy is about figuring out how to get these stadium assets performing better, and I think that is really the crux of the issue.

“I’ve been looking for the right person to lead that part of the work, and John looks like he has the goods.

“He’s uniquely placed as someone who gets the issue from the perspective of both the clubs and the stadium managers.”

Minister de Brenni said the taskforce would consider all fees and charges levied to hirers, including transport and policing costs.

He added “one of the important factors in making this choice has been his knowledge of interstate operations and experience with topics such as transport levies.

“John will lead a team of infrastructure, finance and commercial experts from within government and external consultancies."

Stadiums Queensland manages, operates and promotes the use of nine major facilities, including The Gabba, Suncorp Stadium, Metricon and CBUS Super Stadium on behalf of the Queensland Government.

Minister de Brenni continued “each facility is different, and the nature of a facilities portfolio of this scope presents a unique set of complex challenges for both venue managers and hirers to navigate.

“What we want as a result of this is to make it more attractive for both clubs and fans to utilise our venues more.

“It’s important that our stadiums offer opportunities for Queenslanders to see the very best in state, national and international events.

"These assets belong to Queensland, and we want to make them work for Queenslanders."

He is also a former Chief Executive of the Tourism and Transport Forum, a Director of Events NSW and was a Director of the Parramatta Stadium Trust for seven years (from 2001 to 2008), delivering the major events transport levy for ANZ Stadium following the Sydney Olympics in 2000.

Gold Coast Mayor Tom Tate has slammed Stadiums Queensland, calling on the Queensland Government to hand over management rights of the $300 million Cbus Super and Metricon Stadiums to the local city council.

Mayor Tate advised “Stadiums Queensland has been mismanaged for years. It has left our Cbus Stadium as a white elephant.

“To be honest, if Stadiums Queensland was a private business, it would have gone bankrupt years ago.”

Many of the NPSR other responsibilities will become part of the new Department of Environment and Science and Sport and Recreation.