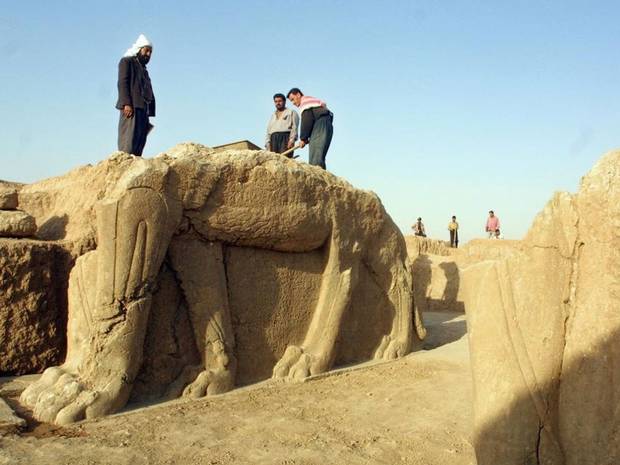 Islamic State militants have intensified their efforts to destroy invaluable historical landmarks in Iraq having released video of the “bulldozing" of the ancient Assyrian archaeological site of Nimrud near Mosul.

The antiquities ministry in Baghdad said Isis used heavy military vehicles to destroy parts of the city last, just weeks after it was filmed smashing historical artefacts at Mosul's Museum with sledgehammers.

Nimrud was the latest victim of what appears to be a systematic campaign by the ISIS jihadists to obliterate Iraq's rich heritage.

The city was founded in the 13th century BC and was considered the jewel of the Assyrian era.

Its stunning reliefs and colossal statues of winged bulls with human heads guarding palace gates filled the world's museums in the 19th century.

A collection of 613 pieces of gold jewellery, ornaments and precious stones discovered in a royal tomb in 1988 has been described as one of the greatest archaeological finds of the 20th century.

The head of the UN's cultural agency UNESCO condemned the deliberate destruction of cultural heritage as tantamount to a "war crime".

“I call on all of those who can, especially youth, in Iraq and elsewhere, to do everything possible to protect this heritage, to claim it as their own, and as the heritage of the whole of humanity."

Bokova warned "the survival of the Iraqi culture and society" is at stake.