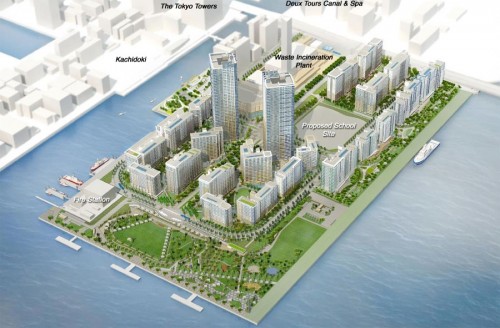 Looking at areas to cut the costs of hosting future Games, the International Olympic Committee (IOC) is looking at including the "level of service" in Olympic villages.

Speaking before a regular project review meeting in Japan this week, IOC Vice President John Coates said the IOC had contacted 28 major national Olympic committees (NOCs) for their feedback on cost reductions by the end of this month.

As reported by Reuters, Coates stated “we are putting a number of questions to those national Olympic committees as to how we think we can find savings by reducing, to an acceptable level, the level of service in the Olympic village.”

Tokyo organisers have been working to slash costs for the 2020 Olympics after a study last year warned expenses could balloon to four times the initial estimate made during the bid process.

The IOC is keen for Tokyo to cut costs further and set a good example to attract future candidate cities, rather than scare them off with stories of out-of-control spending.

"We have to be satisfied that there's no impact on the services for the athletes.”

He concluded that recommendations would be presented at the IOC's executive board meeting in December.

The IOC last month awarded Paris the 2024 Summer Olympics and Los Angeles the 2028 Games, the first time it has awarded two Olympics at the same time.

That decision came following the withdrawal of four of the six cities bidding for the 2024 Olympics, amid concerns about the size, cost and complexity of organising the world's biggest multi-sports event.

While much of the Rio 2016 Olympic village remains empty, Olympic village development are frequently re-used as residential accommodation after Games, revitalising the areas in which they are located.