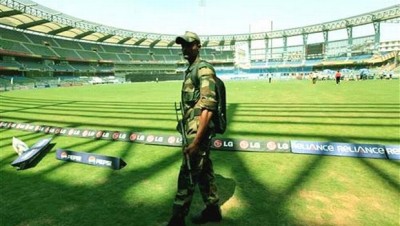 With continued uncertainty over the staging of a potential India-Pakistan cricket series, the matches now look unlikely to proceed.

First planned to be staged in India, opposition to the hosting of Pakistan by Hindu militants led to first the United Arab Emirates and then Sri Lanka being considered as an alternative locations.

With no international cricket team willing to play in Pakistan since 2009, the UAE has become Pakistan cricket's home away from home.

However, notwithstanding India having historically been one of the UAE’s largest trading partner and it welcoming almost a million Indian visitors each year, the Indian Government has denied permission for its team to play in the Emirate due to its own security concerns.

While Pakistan Cricket Board (PCB) Chairman Shaharyar Khan says he is not "giving up hopes" on series in Sri Lanka, multiple deadlines for the Board of Control for Cricket in India (BCCI) have passed.

According to a memorandum of understanding (MoU) signed between the PCB and BCCI, both countries are scheduled to play six series between 2015 and 2023 after a clearance from the Indian Government.

India’s delays may impact on Pakistan participating in the 2016 World Twenty20, due to be held in India from 8th March to 3rd April next year.

The nations have not played a full Test series since the 2008 Mumbai terror attacks.

In May the International Cricket Council decided not to send umpires to Pakistan to officiate in a limited-overs series against Zimbabwe because of security concerns.