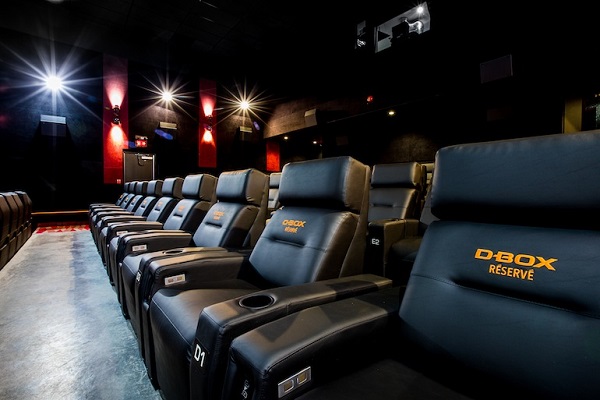 Following an exclusive agreement between cinema chain Hoyts and D-BOX Technologies earlier this year, Hoyts has today announced that motion recliner seats offering an immersive experience are now available at three cinemas, one in Sydney, and two in Melbourne.

The immersive experience is available in time to add an all new element of entertainment to the highly anticipated movies The Lion King and Fast & Furious: Hobbs & Shaw.

Completely transforming the cinema experience as we know it, D-BOX seats synchronise the action on screen with the movement in the seats, so that guests can become fully immersed in the movie. All seats are single seats with their own control panel, so that moviegoers can take control of their experience by personalising the intensity of the motion from full on power to low. The added comfort of the powered recliner means guests can sit back, relax and enjoy the ride in style. The end result is an unparalleled experience that has literally changed the way people watch movies.

Damian Keogh, President and Chief Executive at The HOYTS Group advised: “We are very excited to deliver the new, fully immersive D-BOX experience to our guests, which is helping shape what is possible as part of our mission to create the cinema of the future.

“At HOYTS, we believe that opening the door to innovation is the next step for the ultimate Australian cinema and are proud to be pioneering this technology for moviegoers across the country.”

The agreement between Hoyts and D-BOX coincided with D-BOX celebrating its 10th anniversary in the movie industry and is designed to solidify Hoyts position in the marketplace and offer Australian moviegoers an exciting new premium entertainment option.

With a loyal fan base in over 40 countries around the world, D-BOX has perfected the art of immersing people in the storyline by perfectly synchronising the action on the screen with the movement in the seats. The result is an unparalleled experience that has literally changed the way people watch movies.

Claude Mc Master, President and Chief Executive at D-BOX added: “We’re especially proud to partner with Hoyts because they have a well-deserved reputation for offering moviegoers an exceptional entertainment experience, so we know our immersive motion technology complements their commitment to deliver the best.”

“This first foray into Australia also comes on our 10th anniversary in the movie business, so it’s even more reason to celebrate.”