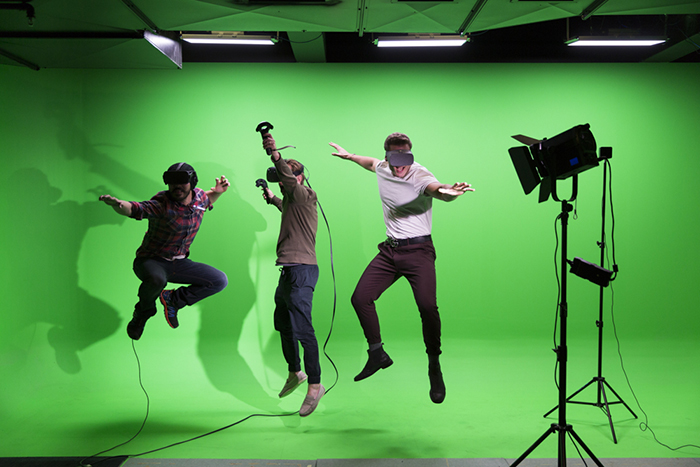 International Convention Centre Sydney (ICC Sydney) announced overnight at IBTM in Barcelona the introduction of a new dedicated Creative Industries stream to its Legacy Program, to showcase Australia’s home-grown talent on the global stage and support the next generation of creative leaders.

IBTM World is a global event for the meetings, incentives, conferences and events industry, taking place annually in Barcelona. The event's goal is to inspire the events world to deliver exceptional experiences for their customers.

This additional focus on the Creative Industries expands on ICC Sydney’s existing program and connections, providing clients and their delegates with the opportunity to collaborate with Sydney and New South Wales’ thriving creative economy, through a diverse range of stimulating and inspiring arts and cultural encounters.

The Creative Industries stream has been curated to complement the Legacy Program’s four core streams - Innovators & Entrepreneurs, Generation Next, First Australians and Sustainable Events and to drive long-term social, economic and environment outcomes, which are both meaningful and measurable.

The program will actively work to cultivate a lasting legacy from fostering support for Sydney’s emerging and established artists through cultural institutions and colleges to engaging new talent for event performances from Talent Development Project and connecting with festival programs including VIVID and Sydney Festival.

From a design perspective, ICC Sydney has partnered with Dinosaur Designs, maker of bold and instantly recognisable Australian homewares, to create bespoke Sydney gifts and handmade award trophies in their signature style.

ICC Sydney Chief Executive, Geoff Donaghy said the venue is proud of its progress to date and expanding its support for creative industries will help invigorate client event programs, while accelerating opportunities for a broader segment of the community. 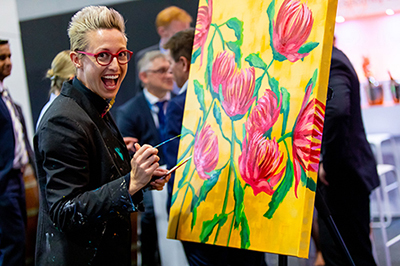 “We are delighted with the reception of our Legacy Program over the past 12 months including strong traction with Professional Conference Organisers and association groups in particular. Just some of the highlights include significant uptake of authentic Welcome to Countries, Darling Harbour precinct tours with respected elder Aunty Margret and the depth of student and startup engagement at Sibos.”

Donaghy continued that the venue is now turning its focus to the region’s growing creative economy.

“Our team is looking forward to formalising our connections to deliver tangible commercial outcomes for the creative industries while reinforcing Sydney’s reputation as a vibrant and diverse city and ensuring authentic, entertaining experiences for our clients and their patrons.”

“We helped the ICC Sydney team during its critical opening period to host an official test event and the venue continues to regularly book our students for pre-show and intermission entertainment. It is gratifying to deepen our three-year partnership by introducing incredibly talented local artists, performers and musicians to ICC Sydney’s clients to share their skills with the rest of the world.” 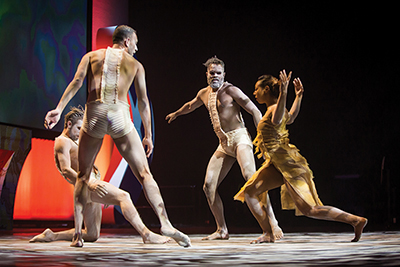 Sydney Festival Executive Director, Chris Tooher equally praised ICC Sydney for its dedication to the cultural and creative growth of the local region.

“ICC Sydney sits right on the doorstep of our city’s bourgeoning creative industries and plays an integral role in raising Sydney’s global reputation for artistic excellence. This initiative to build enriching cultural experiences into events programs will make a significant contribution to the sector.”

For further information on the ICC Sydney Legacy Program, go to https://bit.ly/2FL0BDV
To find out more about ICC Sydney and join the conversation, go to www.iccsydney.com