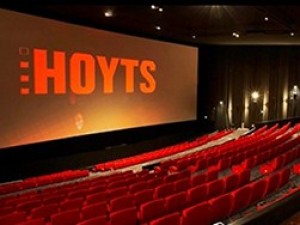 The Hoyts cinema chain has been sold to a British Virgin Islands investment fund backed by one of China’s richest men.

Hoyts - which also includes a network of DVD and Blu-Ray rental machines, and the Val Morgan advertising group - was sold to ID Leisure Ventures for a believed sum of $900 million..

Hoyts’ previous owner, Pacific Equity Partners, had been eyeing a possible stockmarket listing, with valuations for the group at about $850 million.

However, the plans were shelved after a roadshow through Hong Kong, London and New York, with the decision made to focus instead on a trade sale.

Hoyts Chief Executive Damian Keogh recently stated that his company looked forward to moving ahead with a new investor.

In a statement, Keogh explained "Hoyts is embarking on a number of exciting opportunities and together with ID Leisure, we will continue to invest in the exceptional customer experience currently offered to 20 million attendees annually.

"Innovation and expansion will be a focus following the recent launch of Hoyts Lux, a new premium cinema experience which will be rolled out across Australia and Zealand."