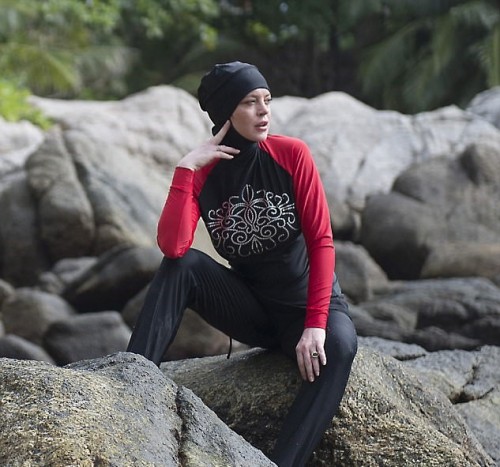 Lohan - who has recently been studying Islam - opted for a burkini as she set out for a paddleboarding session on the Thai resort island of Phuket.

The burkini (also known as the burqini) was originally designed in Australia by Aheda Zanetti as an option for women who want to conserve their modesty in respect of Islamic traditions.

Zanetti explained last year that the garment is not worn exclusively by Muslims. 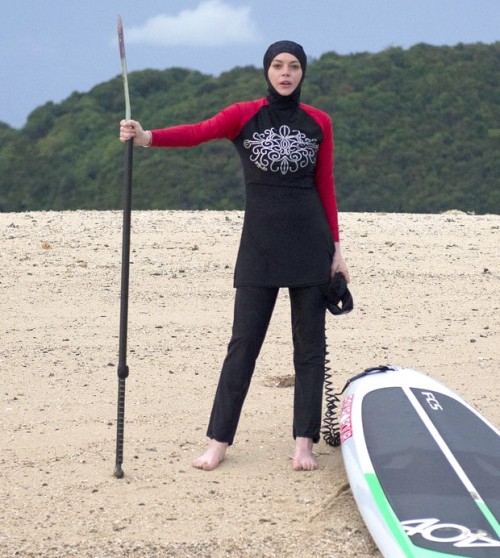 “We've had men asking for them, too.”

Seldom out of the news, the modest swimwear worn by some Muslim women, has also been the subject of clashes between leading candidates in the French Presidential election, with far-right candidate Marine Le Pen and centrist Emmanuel Macron clashing over the swimsuit.

Macron argued that the burkini was a "local matter" and not a challenge to France's tradition of secularism as Le Pen suggested.