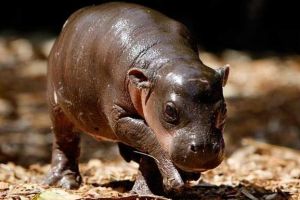 Last weekend's apparently 'accidental' shooting of an African pygmy hippopotamus in the Northern Territory seems to have revealed a failure of the permit process involving the transfer of native and exotic animals between sanctuaries and states.

That the appearance of an African native species didnât cause massive surprise would seem to result from its apparent escape from the former Tipperary Sanctuary wildlife attraction. In addition, in the wake of the shooting, it has emerged that exotic and endangered animals from the wildlife sanctuary were sold to a hunting safari in the Northern Territory.

Tipperary Sanctuary, once home to about 2,000 animals from Africa, India and Mongolia, closed in 2004 with its more crowd-attracting animals sold to the Mareeba Wild Animal Park in Cairns, north Queensland. However, the deal hit difficulties when the Mareeba sanctuary was raided in March 2004 by the Australian Federal Police and the Royal Society for the Prevention of Cruelty to Animals. Shortly thereafter the Park was closed and liquidated, with the then owner of Mareeba, David Gill, fleeing back to England. Around 300 animals were then sold on to Mary River Australian Safaris.

Uncertainty surrounds what happened to the animals from the Tipperary Sanctuary that werenât relocated to the Mareeba Wild Animal Park or then onsold to the Mary River Station. Recent newspaper stories refer to an unidentified source saying many of the animals were destroyed while Northern Territory residents have reported sightings of unusual animals in recent years. While the idea of African animals surviving in the Top End is dismissed as a 'fantasy' in some quarters, it is conceivable that some of the animals from the Tipperary Wildlife Sanctuary escaped or were simply let free.

Whatever the reason for the pygmy hippopotamus' unfortunate recent encounter, the incident has revealed previously secret transactions following the closure of the Tipperary Sanctuary and apparent failure of the permit process involving the transfer of native and exotic animals between sanctuaries and states.

The full story is told in the November/December 2009 issue of Australasian Leisure Management.