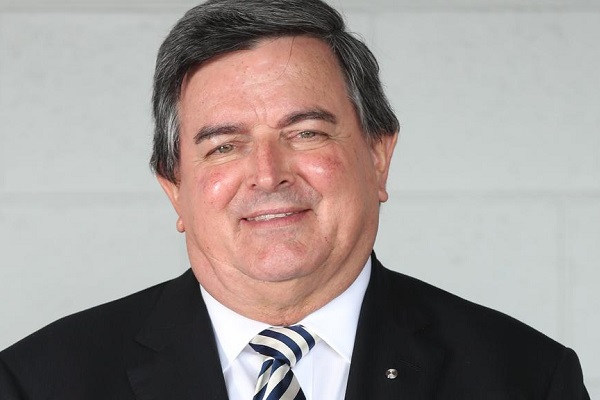 ASM Global (Asia Pacific) Chairman and Chief Executive Harvey Lister has thanked people he has worked with across almost 50 years after he received a Lifetime Achievement Award at the 2020 Australian Event Awards.

Lister has been involved in the presentation of more than 40,000 major events including multiple Olympic and Paralympic Games, Commonwealth Games, other significant sporting events, key meetings of international heads of state, major concerts and conferences, was recognised as one of the “great Australian events industry figures who have made significant contributions to events in Australia” at last night’s presentation ceremony, held in cities across the country and connected virtually.

Commenting on his recognition, Lister (pictured) stated “it’s been an honour to have the opportunity to live through the growth of this industry from very raw beginnings in the 1970s when there were few rules and very little precedent.

“The professionalism of the industry as it has grown has been the major change over time. When we started in the industry we effectively made it up as we went along but today we’re blessed with great operating systems and outstanding people.

“I thank the many people that I’ve worked with over the years who have helped me immensely. Some of those people from the early 1970s are still collaborating with us now which is a sign of the generosity and camaraderie within the industry.”

Advising that developing trust with key stakeholders, including government, was central to his longevity in events management. He also said that preparation was vital to the success of events, Lister noted “event management is trying to prepare for all of the things that could be a possibility for your event knowing all along that something you had never thought about could happen.

“Former heavyweight boxing champion Mike Tyson is quoted as saying ‘everybody has a plan until they get punched in the face’. A punch can happen in very many ways in this industry and it’s about adapting and working with great teams to make the most of any situation.”

Lister pointed to some examples from his career, which began when he organised a series of ‘Rock-a-rama’ concerts that sold out suburban town halls in Brisbane and south east Queensland in 1972 and 1973.

He recalled a power blackout mid-show during a Bette Midler concert at Brisbane’s Festival Hall during which the superstar used the torches of ushers to cast light on her while she performed acapella until the power returned.

He remembers the innovation of Tina Turner who went to the staff uniform cupboard of her Brisbane hotel to fashion costumes for a concert after her tour truck did not arrive.

And he is thankful to global star Andre Rieu who played an impromptu set while thousands returned to their seats after a hail storm forced them to scurry from an outdoor concert into the protective tunnels of the stadium.

With COVID-19 having thrown a new variable into the industry, Lister said that preparations were underway for a resumption of shows once the health threat had been minimised.

He added “we’re always learning and we’re constantly aided by major upgrades in technology and the entry of more and more outstanding young workers in this industry.”