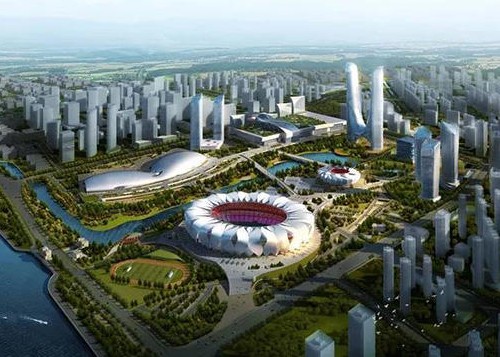 The Hangzhou Municipal Government has announced its plans for the construction of further venues and the Games village for the 2022 Asian Games.

In addition to the soon-to-be-completed Hangzhou Sports Park Stadium, which will be the Games’ major venue, the Hangzhou Municipal Government will deliver four other new venues, 12 renovated venues, seven temporary venues and the Games Village.

The new 80,000 seat Stadium is being built on the Qian Tang riverfront opposite the city’s new Central Business District and, beyond the 2022 Games, will be mostly used for football.

Among the roster of venues and facilities to be constructed in the first phase of the Hangzhou 2022 host city contract, a batch of hotels will also be renovated as part of the Asian Games Village.

Construction of venues will begin next year and will be completed by 2021.

The city has already been through a major phase of hotel development in advance of hosting world leaders for the 2016 G20 Summit, the first Chinese city to host the event.

This venue will be in addition to the colossal Hangzhou International Expo Centre in the city’s Binjiang District - the main location for the G20 Summit.

One of the largest single buildings in China, it dominates the Hangzhou skyline, with its largest space - a 10,000 metre² conference room, able to cater for 8,300 participants. The venue’s exhibition area spans a massive 90,000 metre², capable of hosting 4,500 booths.

After being a demonstration sport in 2018, eSports will become a medal event in the 2022 Games.