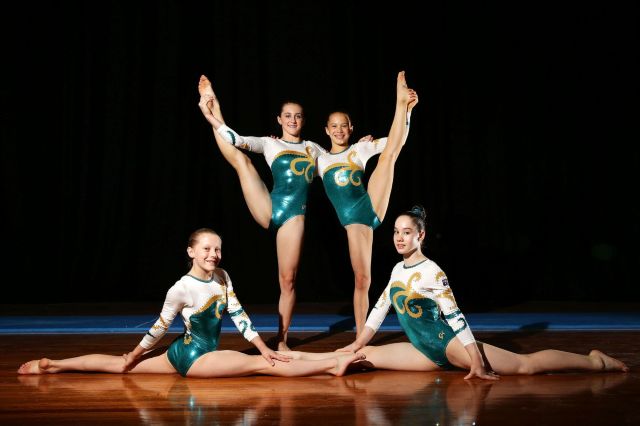 While looking forward to its elite athletes participating in the 2016 Olympics, Gymnastics Australia is celebrating a record 179,558 registered members taking part in the sport during in 2015; a 9% increase on itsr 2014 numbers.

When, in 2000, Jai Wallace bounced his way into the history books as a trampoline gymnast, becoming the first Australian to win an Olympic medal in gymnastics, Gymnastics Australia had just 73,000 members.

Now 16 years later, the sport has experienced a decade and a half of continuous growth, at an average of 6%. Our almost 180,000-strong membership base includes a significant 86% of children under the age of 12 partaking in some form of gymnastics and places Gymnastics in the top 10 of all sports in Australia for participation in this age bracket.

On top of this a further 400,000 people are participating in Gymnastics and other similar activities at 535 affiliated clubs across Australia annually, meaning that the sport is exposed to over 580,000 participants nationally each year.

Gymnastics is often referred to as the ‘nursery of all sports’, and with research released last year revealing that Australian children were lacking in the fundamental movement skills which can be easily developed through gymnastics, it is encouraging to see so many Australians partaking in some kind of Gymnastics to supplement an active lifestyle.

On top of this with Gymnastics being a particularly popular sport for girls - 76% of Gymnastics Australia’s total membership are female - Gymnastics is clearly one of the leading and most popular sports for Australian girls and families.

Stating that now, more than ever, is an exciting time for the sport, Gymnastics Australia Chief Executive Mark Rendell comments “gymnastics is a great sport for boys and girls of all ages to participate in, and with the recent rise in the profile of women’s sport at a mainstream level, there is no more exciting time than now to watch the continual rise of Gymnastics in Australia.

“At Gymnastics Australia we are excited to deliver programs that not only produce athletes at the highest level along with the best in the world, but also actively target all Australians to live healthy active lives from an early age.

“In addition to that Gymnastics Australia has over 6,000 registered and professionally trained coaches across the nation to ensure that gymnastics is accessible to all.”