Gymbetter scales back to three participants 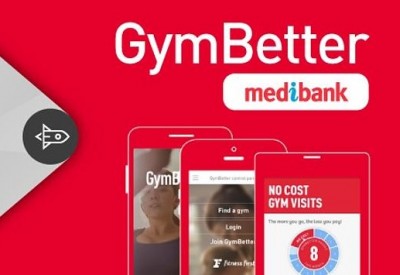 Anytime Fitness was one of the three foundation partners, along with Fitness First and Goodlife Health Clubs, in the program introduced by Australia’s largest health insurer early last year.

While the initiative expanded with the addition of Fernwood Female Fitness and YMCA, Fitness First left the program within four months.

At the time of Fitness First’s departure from Gymbetter it released a statement that advised “we listened to our loyal members who were right to suggest that access to our complete fitness offering at below current rate prices was providing a different level of opportunity to non-Fitness First members.

“We owe it to our members to ensure that a fair price is paid by those who want to experience all that Fitness First has to offer."

No reason has been given for Anytime Fitness no longer being part of the initiative.

Providing Australians with access to fitness centres with no joining fees or contracts, GymBetter passes cost $8.50 for Medibank members with both hospital and extras cover, and $11.95 for non-members.

Participants only ever pay for what they use, and for those purchasing eight passes in a calendar month, any subsequent visits are free - meaning exercisers can have a no-contract gym membership for $95.60 a month, or $68 if they are Medibank members.

Of the pass fees received by Medibank, Australasian Leisure Management understands that clubs receive $6.50 per visit from the health insurer (a sum not confirmed by Medibank), with implications for gyms that if current members convert to being regular GymBetter clients, the clubs’ user yield will be $52 per client per month.

GymBetter was profiled in the May/June 2015 issue of Australasian Leisure Management.