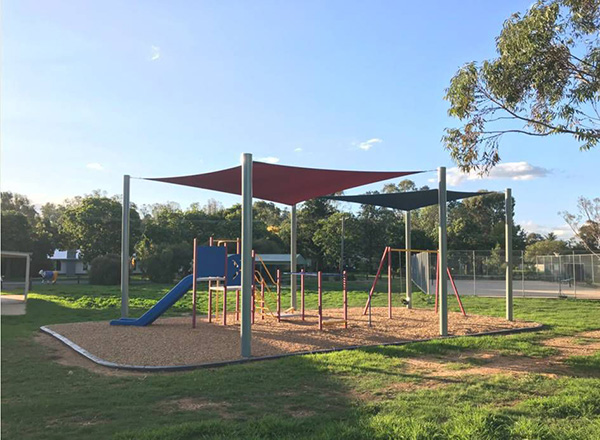 Greater Shepparton City Council has adopted the Play Space Strategy 2020-2030 providing a long-term goal for how playspaces across the Greater Shepparton region will be developed, upgraded, managed and maintained.

The scope of the strategy is confined to playspaces (traditional playgrounds) on land that is owned and managed by Council, publicly accessible and can be used at any time. It does not cover private facilities, specific areas such as skate parks, organised sporting venues, bike tracks and outdoor fitness equipment.

A draft Play Space Strategy 2020-2030 was released for public exhibition at the September Council Meeting, with the community given six weeks to provide their feedback on the strategy. Changes were then made to the document following the feedback received.

Council has voted to adopt the final strategy after making an amendment to the recommended actions. Councillors voted in favour of removing the recommendation to decommission playgrounds that were at the end of their use and replace it with an end of life review. This will allow the community to have their say on what should happen to the playgrounds and the accompanying space of land when the time comes.

“The existence of a strategy such as this, developed through community support, which aims to guide policy, priorities and future capital works projects relating to play spaces is essential for the region.”

The strategy incorporates an analysis of the distribution, quality of play experiences, age groups catered for, access and improvement opportunities available to existing playspaces within Greater Shepparton. The design guidelines included in the strategy will guide the future development of any new playspaces and the renewal of existing ones.

“Play spaces in Greater Shepparton should be fun, inclusive and non-prescriptive, should cater for all ages and meet community needs.

“By improving infrastructure we hope it encourages visitation and travel throughout our region to the many great recreation, entertainment, retail and tourism destinations in Greater Shepparton.”

28th April 2015 - Playspaces conference to secure the future of fun