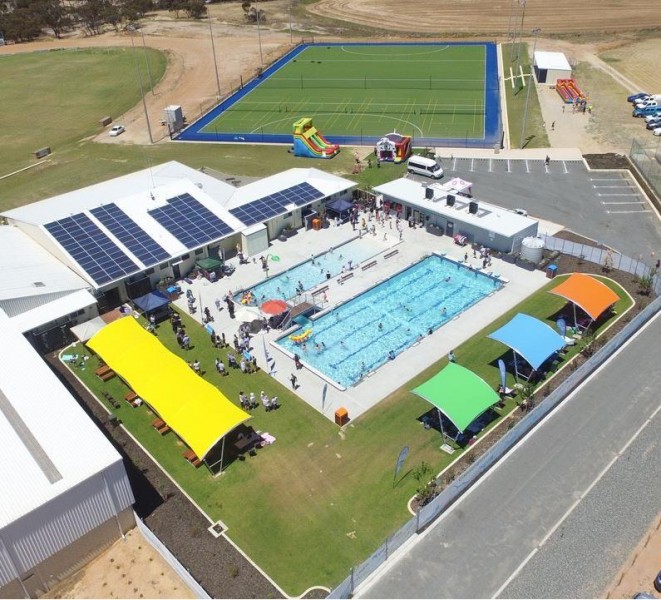 With temperatures rising in Western Australia as summer approaches, the Gnowangerup Community Swimming Pool has been officially opened.

Built next to the Gnowangerup Sport and Recreation Complex, the development also includes modern seating and picnic facilities and fully landscaped surrounds.

The opening event on Saturday 5th November and was attended by close to 400 people as well as dignataries including by Shire of Gnowangerup President Keith House, local MP Terry Waldron, the Great Southern Development Commission’s Ross Thornton, Swimming WA Chief Executive Darren Beazley and representatives of the Western Australian Department of Sport and Recreation, LIWA Aquatics and Triathlon WA.

The opening of the pool coincided with the Western Australian Government’s announcement of $2.92 million in funding for regional pools and water playgrounds.

Pools in Gnowangerup, Katanning and Dumbleyung each received $32,000 of funding through the Community Pools Revitalisation Program, which is made possible by Royalties for Regions.

“Pools and water playgrounds across the State are a place for families and individuals to come together, especially over the summer months.”