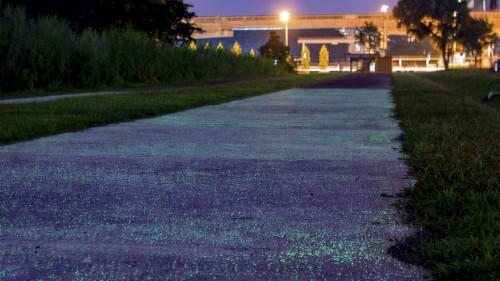 The redevelopment of the Singapore Rail Corridor as an enhanced area of public open space has seen the installation of a pathway that glows in the dark.

One of four different surface materials that each take up a 100 metre stretch of the track - which also includes grass and gravel, fine gravel and earth-coloured porous concrete - the glow-in-the-dark track features natural non-toxic light green strontium aluminate minerals, which absorb ultra-violet light during the day that enables the track to emit a soft glow at night.

The tests on the track materials are to determine which surface material would best result in a safer and more resilient trail, with Singapore Government agencies seeking feedback from the public on its effectiveness while also measuring the materials' durability. 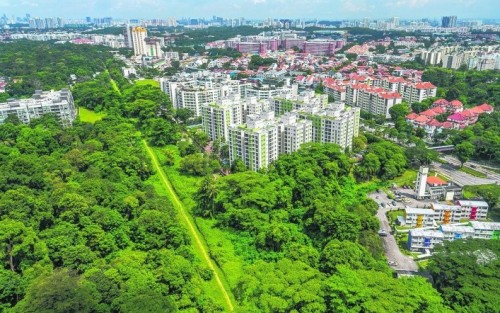 If successful, the material could be used more extensively across the 24 kilometre Rail Corridor redevelopment project.

The idea for the trial came about after the Urban Redevelopment Authority held a series of workshops with constituencies along the Corridor at the start of 2016. Many gave feedback that they wanted "a more inclusive and accessible community space, while retaining its signature rustic experience".

The Rail Corridor – which runs from Singapore’s south to neighbouring Malaysia – is being redeveloped as a linear park inspired by New York's High Line and Sydney’s Goods Line projects.