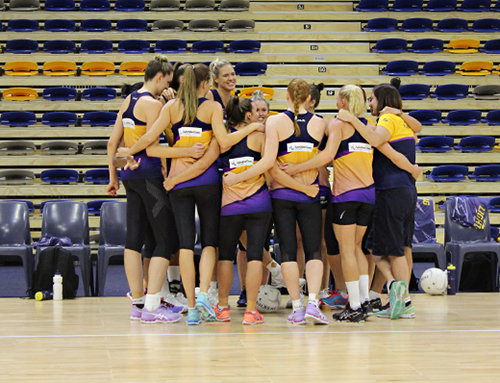 The Queensland Government has invested an extra $2 million into the expansion of the indoor University of Sunshine Coast (USC) Stadium to provide a major boost for champion netball team the Sunshine Coast Lightning.

The upgrade will add 1,000 extra seats as well as new changing rooms, a canteen, improved access for people with a disability, umpire rooms and multi-purpose spaces to support netball and a range of other sports including basketball, volleyball, badminton, indoor hockey and futsal.

“The Lightning have enjoyed phenomenal success since their inception in 2016, winning back-to-back championships in their first two seasons in the Suncorp Super Netball competition.

“The Lightning are champions, plain and simple, and with every single Lightning home game in the old 2,000 seat USC Stadium sold out, it’s clear they need a bigger, better place to call home.

“This upgrade will transform the Stadium into a quality national standard destination venue, large enough to attract major sporting competitions and cultural and community events to the Sunshine Coast.” 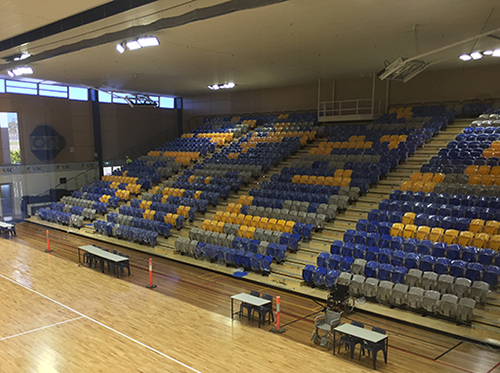 Sunshine Coast Lightning Chief Executive Danielle Smith said being able to have more fans at home games was one of the biggest benefits of the revamped stadium, adding “last season Lightning had over 2,300 members – more than the existing stadium capacity – and has sold out every home game since its inception.

“We’re excited to be able to provide more fans with the opportunity to attend live games on the Sunshine Coast and support the club’s growth leading into the third Suncorp Super Netball season.

“We are grateful for the Queensland Government’s support and delighted to see this wonderful community asset take shape.”

USC Stadium is owned by the University of the Sunshine Coast and its Vice-Chancellor Professor Greg Hill also thanked the Queensland Government for funding the redevelopment.

Professor Hill commented “USC Stadium is a community facility and this extension work will greatly enhance the Sunshine Coast’s ability to attract major sporting and cultural events into the future.

“We’re very grateful for the State Government’s increased funding commitment towards this important project and appreciate the support we’ve received from Sunshine Coast Council in making this happen.”

Queensland Minister for Sport Mick de Brenni said the stadium’s expansion in seating capacity would ensure more young netballers have the chance to be inspired by local Lightning heroes such as goal attack, Steph Wood.

Minister de Brenni concluded “I have personally seen how the eyes of my own eight-year-old daughter light up after she attends a live match of netball – for weeks afterwards she’s throwing a ball around the house.

“More Queensland women and girls play netball than any other sport and our additional investment in this venue shows that we are doubling down on our support for netball.

“More seats at the stadium equal more fans at matches - it’s as simple as that.

“This can only be good for the game, and the Sunshine Coast community.”

Work on the expanded stadium began in November last year and is expected to be completed in time for the Lightning’s home match on 25th May 2019.