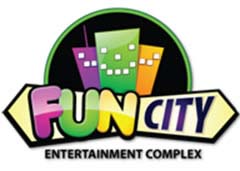 Expected to deliver up to 50 jobs, the project, part of a development that includes major retail chains, has been welcomed by Greater Shepparton City Council.

Set to open in early 2014 and catering for guests from ages six and over, the new Fun City will be similar to its sister location in Sunshine with activities to include indoor go-harts, Darkzone Laser Tag, a 'Haunted House', a redemption amusement centre, an indoor climbing wall, themed party rooms and a nine-seat 6 DOF 3D simulator ride.

The FEC is set to feature the latest in FEC technology with owner Darren Shaw interested in new products to be displayed at the 2013 Asian Amusement Expo and new generation SODI electric go-karts that are about to debut in France.

Fun City Sunshine has been testing a prototype go-kart from SODI for the last 12 months and have been impressed with its performance.

Fun City has also settled a legal dispute in the Federal Court in Melbourne against a former location owner for breach of trademark.

The former Fun City attraction in Braybrook has now been ordered to stop breaching the trademarks of Fun City and given four months to rebrand their business so it does not breach the Fun City's trademarks.

Shaw stated that the trademark dispute had been a long drawn out dispute since they moved out of Braybrook and reopened in Sunshine in 2008, stating "there will be no more confusion on where Fun City is located now."

For more information go to www.funcity.com.au