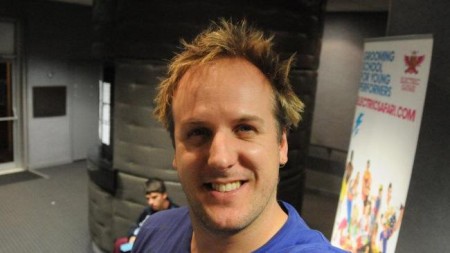 Davies, 40, was arrested in May 2013 and eventually charged with 64 offences relating to 10 former students over a decade, including 20 counts of aggravated sexual assault.

Davies was also accused of producing child abuse material by taking hundreds of photos of students at the studios.

His arrest came after his wife approached NSW Police on finding inappropriate messages he had sent to a girl.

In the Sydney Downing Centre District Court on Monday (21st September), Davies pleaded guilty to offences committed between 2001 and 2013 against nine victims.

Outside the court one of Davies' victims, who cannot be named for legal reasons, pondered how such serious abuse could happen to so many children over such a long period without detection.

The victim told local media "that's a good question, but I think today will show, and I hope it demonstrates to similar offenders that such conduct will be prosecuted."

Davies' sister Rebecca closed the dance studio a week after her brother was arrested.

He will be sentenced at a future date.

In September last year a mother was sentenced to a minimum of 18 months' jail for producing and disseminating child abuse material.

The woman had sent naked pictures of her daughters to Davies.