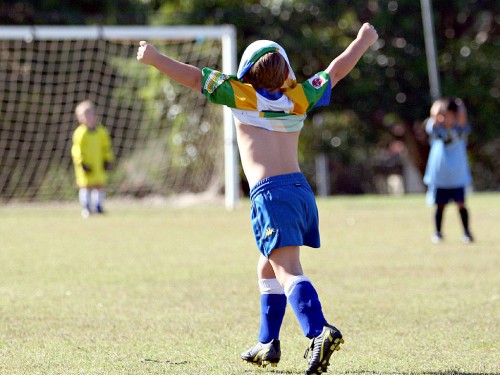 Over the last 12 months, football has overtaken swimming as the most popular sporting activity among Australian children, with new findings from Roy Morgan Research showing that one in two children aged between six and 13 years now playing the ‘world game’.

While more Australian children are also taking part in athletics, cricket, netball and Australian Rules football than they were 12 months ago, the increases for these sports are negligible when compared with the boom in football participation.

10 most popular sports among Australian children six to 13 years 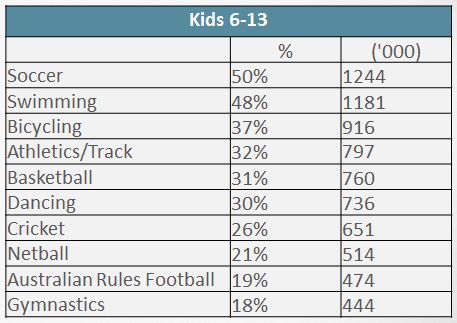 But football’s rise is not simply the result of more boys playing it: it is becoming increasingly popular with girls as well. So much so, in fact, that a higher proportion of Australian girls (39%) now play football than netball (37%), a sport traditionally associated with girls. 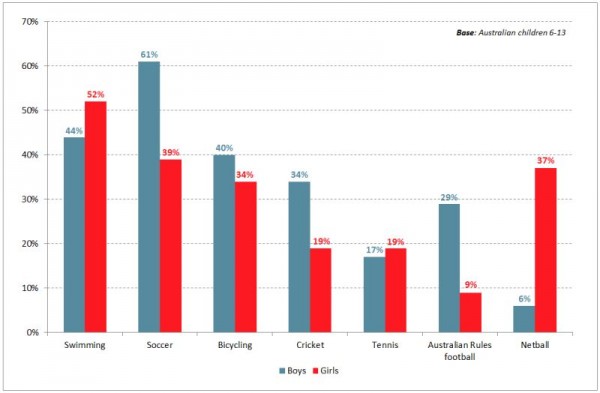 Revealing the findings at last week’s Money In Sport conference on the Gold Coast, Hugh Amoyal, Deputy Chief Executive at Roy Morgan Research, stated “despite the fact that the average time spent by Australian children playing sport each week has declined as they spend more time on the internet, it is encouraging to see that soccer participation has increased so substantially year on year for boys and girls.

“Roy Morgan Research data shows that team sports have a positive effect on the mental health of adults who play them, so it makes sense that children would experience the same benefits. The social bonding that comes from being part of a team and the endorphin rush arising from such a physical sport are not limited to any particular age, after all.

“The rise in participation among Australian girls is particularly interesting, with more girls now playing soccer than the traditionally female-oriented sport of netball. Whether this is due to the ‘Matildas effect’, changing Physical Education programs in Australian schools, or a mixture of both is yet to be determined, but it is a step towards a more gender-balanced approach to sport.

”For sporting organisations and educators seeking further insights into the sporting habits of Aussie kids, the Young Australians Survey from Roy Morgan Research is an ideal starting point, containing comprehensive data on the leisure activities of children aged 6-13, and how they are evolving.”