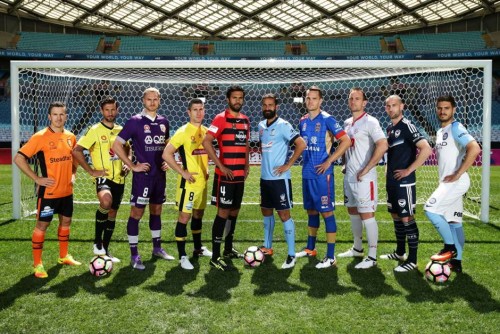 In a period when Australia’s major sports have had to deal with a range of high profile issues and crises, frequently being thrust into the media spotlight on a range of off-the-field matters, the communications excellence of Football Federation Australia (FFA) has been recognised at the second Australasian Leisure Management Communication and Marketing Awards.

Presented at the end of the day-long Leisure Industry Communication and Marketing Summit at Sydney’s ANZ Stadium last Thursday evening (24th August), the Award recognises the FFA’s Communications, Marketing and Corporate Affairs team for their high levels of skills and professionalism.

Commenting on the awards, Australasian Leisure Management Publisher Nigel Benton explained “receiving an Award for dealing with crises may seem like a barbed compliment, but, this Award is emphatically not such a thing.

“Instead, in the complex world in which major sports operate - where governing bodies deal with multiple stakeholders along with competitions, players, events, sponsors, external pressures and governance issues as well as having to face all sorts of unanticipated occurrences – it recognises how, facing a range of challenges this year, the FFA has consistently been clear and effective in its communications informing media and stakeholders of its views and visions.

“Last year, this Award was presented to the Sydney Cricket and Sportsground Trust’s communications team for how they dealt with the tragic death of cricketer Phil Hughes – this year it goes to the FFA.

The Australasian Leisure Management Communication and Marketing Awards recognise excellence in communication and marketing in the leisure industry in Australia and New Zealand.

Benton added “as saw through several presentations at our Summit, being prepared for, and dealing with, crises and emergencies is an essential part of every organisation’s operations.

“Frequently thrust into media spotlight in having to communicate on high-profile matters that generate passion and input from a range of stakeholders, this Award acknowledges the FFA’s Communications, Marketing and Corporate Affairs team for their high levels of skills and professionalism.”

The FFA Communications and Corporate Affairs team consists of:

During the period covered by the Award (1st January 2016 to 30th June 2017), other team members have included:

In his current role as Head of Communications and Corporate Affairs for leading ticketing, live entertainment and data analytics company TEG, Kyle Patterson was one of the keynote speakers at the Leisure Industry Communication and Marketing Summit.

Winners of the awards covered a wide geographical area, from Queenstown on New Zealand’s South Island to Western Australia, and from Melbourne to the Sunshine Coast.