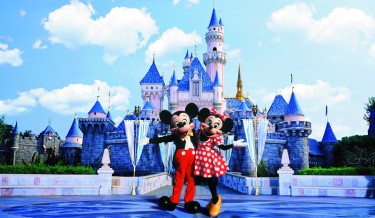 The Walt Disney Company and the Hong Kong Government have announced plans to expand Disneyland Hong Kong over a five year period.

30 new attractions are included in the plans, which will bring the total amount to over 100, spread out over seven themed areas - increasing the parkâs size by 23%.

The Grizzy Trail and Mystic Point theme will be exclusive to Disneyland Hong Kong, and the Toy Story theme will be the first in Asia.

Over the next 40 years, the park is expected to provide between HK $64.7 billion and HK $117.3 billion in economic benefits.

The construction phase is expected to create about 3,700 jobs and will be funded completely by the Walt Disney Company.

The first stage of construction could commence by the end of the year if support from the Legislative Council is gained.
Ashley Irvine, ThemeParkNewsDirect.com