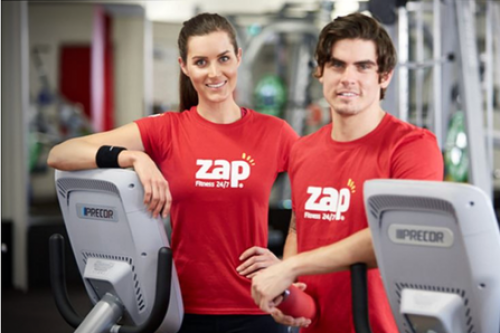 The Fitness and Lifestyle Group has continued its expansion with the purchase of Tasmanian-based Zap Fitness at a reported cost of $50 million.

The move follows the Fitness and Lifestyle Group (FLG) formation in 2016 with its acquisition of Goodlife Health Clubs, Fitness First Australia and Jetts, and its more recent purchase of Brisbane-based Go Health Club.

The Brisbane-based Fitness and Lifestyle will be acquiring Zap Fitness’ 37 24/7 gyms, including 23 in Tasmania, 13 in Melbourne and one in Adelaide along with its 34,000 members.

The acquisition is of Dockvest Pty Ltd, owner of Zap Fitness Holdings whose Directors are Bob Cheek, Steven Chopping and Michael Jackson.

Zap Fitness founder Cheek (pictured below) is a former Editor of the Sunday Tasmanian editor and leader of the Tasmanian Liberal Party leader, who created the brand after losing his Parliamentary seat at the 2002 Tasmanian election.

Commenting on building the Zap brand, Cheek told the Hobart Mercury “I had to do something when I got out of politics, and it was partly being in the right place at the right time.”

Speaking about the sale, he continued “it was an offer I couldn’t refuse but also an opportunity for the brand to grow”, adding “Zap will remain headquartered in Tasmania and the staff will be retained and Fitness and Lifestyle want to grow the brand throughout Australia.”

Explaining how Zap’s acquisition expands FLG’s offering, Chief Executive Greg Oliver stated “(Tasmania) was an area we didn’t service at all, so it’s an important part of the market to bring to our group.

“We like the brand and what it stands for, and we want to invest more capital and keep growing the brand.”

Oliver advised that Cheek would stay as a strategic consultant for three years, along with Zap Chief Executive Megan Smith.