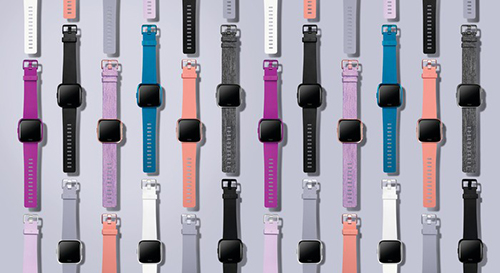 The additions are intended to help Fitbit maintain its place in the wearable technology market, as larger rivals roll out devices aimed at helping users track their health.

Fitbit said the Versa Lite smartwatch will still track workouts and heart rate, but it will lack some features such as the ability to store music directly on the watch.

Fitbit was the second-biggest seller of smartwatches in 2018, with 5.5 million units sold, behind Apple's 22.5 million units but just ahead of Samsung Electronics' 5.3 million units, according to data firm Strategy Analytics.

Samsung overtook Fitbit on a quarterly basis in the last quarter of 2018, and Fitbit's larger rivals have added features for health tracking, Fitbit's core focus.

The Inspire and Inspire HR are basic fitness trackers (the HR version includes heart rate tracking) and will replace a handful of older models (the Alta, Alta HR, Zip, One, and Flex 2).

Fitbit introduced the Inspire a month ago, but it was only available to enterprise users participating in corporate wellness programs. The company is now bringing it to the consumer market.

The Ace 2 is a refreshed version of the Ace, a fitness tracker for children as young as 6 years old, that was launched a year ago.