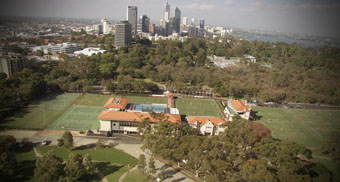 A fire has caused extensive damage to a day spa connected to the Next Generation Kings Park fitness club in Perth.

The blaze apparently started in a spa pump at the Escape Day Spa on Thursday evening leading fire crews to attend the scene. 27 fire fighters then took about 35 minutes to control the blaze.

About 150 customers and staff evacuated the building.

While the resulting damage bill has been estimated at $1 million, Club Manager Richard Hardy told local media that while it would take some time to repair the spa area he did not expect major disruption to the facility's operations.

Hardy told the ABC "we had a fire in the day spa and the place got evacuated very quickly, as per procedures.

"Nobody was hurt which is the good news."

A statement on the Club website explained "we appreciate the work of the emergency services for their quick response on Thursday that ensured that the fire was contained and not more substantial.

"We would also like to thank members who were at the club for their co-operation with our fire safety procedures and helping to ensure that no-one was hurt."