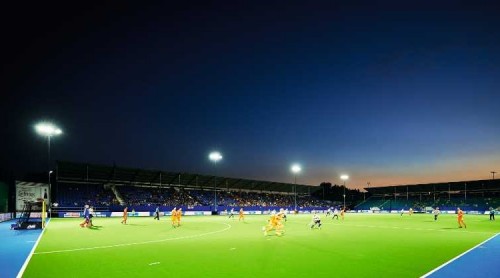 The International Hockey Federation (FIH) has published new lighting guidance and standards with a view to helping hockey facilities increase sustainability and reduce their environmental impact.

Written for those considering lighting fields that will not be used for televised events, the guidance results from an FIH review of its lighting guidance and standards initiated as a a result of recent advances in lighting technology and growing concerns about night sky pollution

Fundamental to the development of these guidelines is the FIH’s 10-year Hockey Revolution strategy aimed at making hockey a global game that inspires the next generation.

The FIH has been making a concerted effort to further align this strategy with the International Olympic Committee’s ‘Olympic Agenda 2020’.

The new guide includes information on LED lighting and the various factors that need to be considered when deciding if LED or metal halide lighting is the best option for a project.

It also includes a new lower category of lighting intended for community clubs and schools.

Unless played in good daylight, hockey, like all other sports, requires good lighting for it to be played safely and enjoyably. 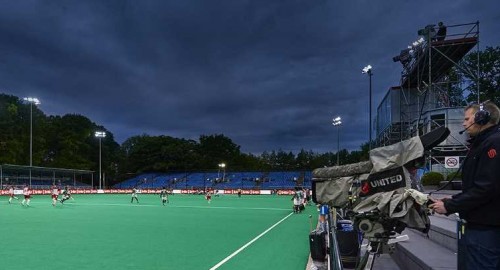 This is true whether the game is being played at the recreational level or at an international televised event.

Even though it requires investment, lighting represents only a modest proportion of the total cost of a new field’s installation and where the right lighting is installed, the users, players, spectators and venue owners are never disappointed.

However, if a poor system is installed, this almost always leads to complaints and eventually to a very costly change or upgrade. Such advice is therefore an incredibly valuable resource for facility owners.

Lighting guidance for venues that will be used for televised matches is currently being reviewed as part of the FIH’s Hockey Visibility Project, in which all aspects of ball visibility on TV are being investigated, including lighting, turf and ball colours.

The research is being undertaken with the assistance of broadcaster BT Sport, Polytan (FIH’s Official Hockey Turf Supplier for the 2018 FIH World Cups and 2020 Olympic Games) and others. It is hoped the findings of the project will be available in early 2018.

For more information about the latest developments relating to Hockey Facilities and Products go www.fih.ch/facilities