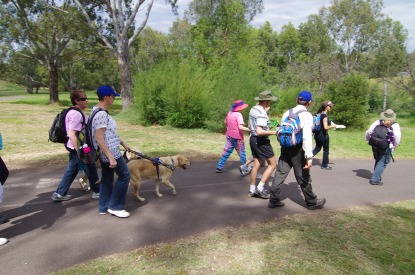 Yesterday’s 2017/18 budget from Federal Treasurer Scott Morrison has been described as a “missed opportunity” to tackle Australia’s rising levels of obesity, despite the funding of two new active lifestyle initiatives.

The Federal Government will provide $10 million for a Prime Minister’s Walk for Life Challenge, to be led by The Heart Foundation, which will support up to 300,000 Australians to become new regular walkers by the end of 2019.

In addition, a four-year, $5 million GPs’ Healthy Heart partnership with the Royal Australian College of General Practitioners will support GPs to encourage patients to lead a healthy lifestyle.

The budget also includes $15.5 million to support athletes in the lead up to the 2018 Gold Coast Commonwealth Games, in what Federal Sport Minister Greg Hunt described as “the first step in a broader National Sports Plan.”

No further details of the National Sports Plan were released.

For the Commonwealth Games, the budget included a further $50 million towards preparations for the multi-sport event, with more than $34 million set aside for safety and security operations during the Games.

Commenting on the active lifestyle funding, Simon Tatz, Director, Public Health for the Australian Medical Association (AMA) stated “there was ... an expectation that this Budget would deliver in key areas of preventative health, most importantly in tackling obesity.

“The AMA has been calling for a range of initiatives and measures that are urgently needed to address the rise in obesity, and in this respect the cliché of ‘missed opportunity’ is applicable.”

Stating that the Prime Minister’s Walk for Life Challenge and Healthy Heart partnership “are small but good measures”, Tatz added “the AMA has been calling for a national obesity prevention strategy that recognises obesity as a complex problem that can only be addressed through a broad range of measures.

“The measures announced in the Budget are a start, but fall well short of the funding for community-based initiatives and restrictions on the marketing of junk food and sugary drinks to children that we say are needed to address obesity.”