With just three weeks until the start of the BNP Paribas WTA Finals Singapore presented by SC Global, event organisers are confident that a series of fan-friendly experiences and public engagements will boost local tennis fever.

Returning with an expanded eight days of competition, the 10-day festival will this year feature a line-up of new and enhanced programs to connect with the people of life in Singapore.

Sarah Clements, Vice President of Tennis (Asia), at event promoter World Sport Group (Lagardère Sports) stated “we’re thrilled with the positive response we received from last year’s inaugural WTA Finals, and we want to build on that success and take the tennis extravaganza to the next level this year.

“One of our key objectives has always been to provide a platform for fans from all walks of life and everywhere to engage with the sport, and this year, we have ramped up our efforts toward realizing this vision by keeping tennis and fans at the heart of everything that we do.” 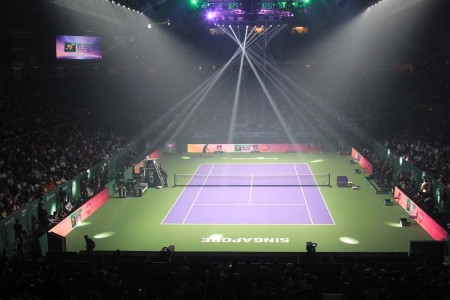 The event will also see the first-ever 'Singapore Tennis Evening at Marina Bay Sands', a gala event on 30th October to celebrate the annual achievements of the best women’s tennis players in the world. The evening will feature Paloma Faith, double platinum UK artiste and winner of the British Female Solo Artist at the 2015 Brit Awards, in her debut public performance in South East Asia.

A cocktail soiree for private guests of the tennis family kicks off the evening’s program which then moves to the MasterCard theatres at Marina Bay Sands for a star-studded awards and entertainment spectacle, where fans can see both the elite of women’s tennis along with the show-woman extraordinaire who has worked with renowned producers like Pharrell Williams and John Legend.

Highlights of the ‘Advantage Singapore’ initiatives include:

• Enriching workshops at select primary schools to reveal the science and technology in the professional world of tennis as well as sportsmanship values that have defined world champions like Billie Jean King and Serena Williams. The children will also get to play a host of fun games that incorporate useful lessons in physics, sports, and teamwork.

• Training programs designed to inspire and develop the next generation of tennis professionals and equip youths with elite skill sets both on and off court – from mastering playing techniques to understanding on-court protocol and learning how to organise a world-class sporting event. These programs include: the Singapore Ball Kids training program, the WTA Finals Force volunteers program, the WSG Internship and WTA Fellowship programs, and WTA Future Stars clinics.

• Heightened fan experiences through an expanded Fan Zone packed with plenty of fun interactive games, sport challenges, and star-studded tennis appearances that will appeal to fans and families, young and old. The official Fan Festival starts on Friday 23rd October and runs through Sunday 1st November, at the OCBC Square, and is free of charge to the public. Player-practice sessions will also be free of charge during Fan Festival weekend (from 23rd to 25th October), and admission is by valid same-day match ticket or gold-coin donation (to an official charity appointed by the organiser) thereafter.

• Corporate social responsibility initiatives that have been stimulated directly by the WTA Finals, to create meaningful and enduring experiences for the local community, from equipping neighbourhood primary schools with kit and coaching under the SC Global Tennis for Every Child program, to inspiration, mentorship and life coaching for at-risk children through the diverse programs developed by SportCares. 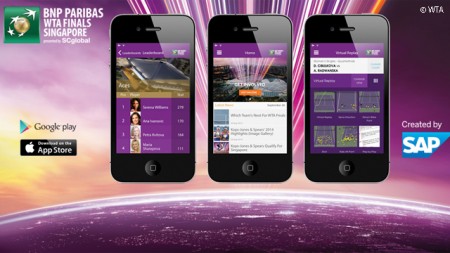 “Clearly, the fans are embracing our sport and this spectacular event with record audiences and attendance in 2014.

”Women’s tennis has come a long way since we opened our first regional office in China with only two events there in 2008.

“This year, there are as many as 23 events throughout Asia Pacific including the season-ending WTA Finals in Singapore where the world’s top 8 singles and doubles women’s tennis players compete at the highest level.

“In line with our commitment to reach out to the community to establish a foundation for women’s tennis in Asia Pacific, we also introduced the WTA Future Stars program in 2014 which has expanded from 12 to 17 markets this year.

“Through this initiative, girls from the next generation are able to compete for a chance to play alongside the best in Singapore and aspire one day to play in the WTA Finals themselves. Singapore is attracting the eyes of the world. Tennis in Asia Pacific has never been better than now.”

For more information go to www.sportshub.com.sg/WTAFinals