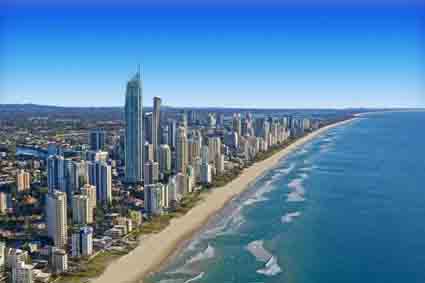 The descent in value of the Australian dollar from the highs of recent years is prompting Australians to take more domestic holidays and trips.

Figures from the latest Tourism Research Australia’s National Visitor Survey (NVS), for the year ending September 2014, show overnight trips have risen by 5%, visitor nights have climbed 7% and expenditure is up by 4%.

Saying that the growth was good news for the Australian economy, Osmond stated “Australians took almost 80 million overnight trips in the year ending September, with almost a third of them involving interstate travel.

“The growth was strongest in the Northern Territory, with overnight trips up 11%, followed by Victoria (up 11%) and Western Australia (up 7%).

“Overnight expenditure was up 4% to $53.7 billion dollars for the year, which means domestic travellers are spending almost $150 million a day.

“Visitor nights were up 7% for the year to over 302 million – a jump of almost 19 million nights in the year – with a 22% spike in business travel nights and a 9% rise in the number of nights spent visiting friends and relatives.

“The Northern Territory was the biggest beneficiary, with a 20% jump in overnight visitor spending, followed by Victoria with a 14% rise and Western Australia with 12%.

“However, holiday spending was flat, underscoring the competitiveness of the global travel market and the need to continue to invest in tourism infrastructure, marketing and events.”