Exterior makeover in play at The Events Centre, Caloundra 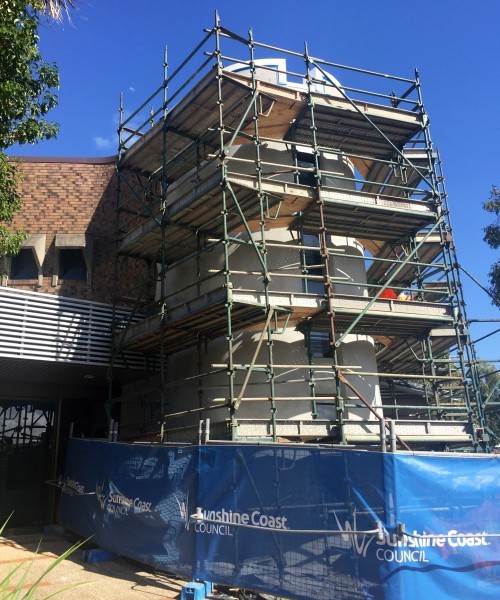 The Sunshine Coast’s premier performing arts and conference centre, The Events Centre in Caloundra is having a facelift, with extensive exterior improvements due to be completed in June.

The Events Centre Chairman Tim Dwyer said the project will transform the appearance of the centre, commenting "iIn addition to rendering and painting the brickwork, we are improving the existing Perspex elements on the clock tower with a new glass roof and new glass clock.

“This project will not only address exterior maintenance requirements, including repairing deteriorating mortar joints, but will present the building with an attractive modern façade.

Dwyer, who is also a Sunshine Coast Councillor, added “it’s important that a major civic venue of this stature has a look to match and this project, funded through council’s Capital Works Program, will achieve that."

Image: Works in progress at The Events Centre in Caloundra.