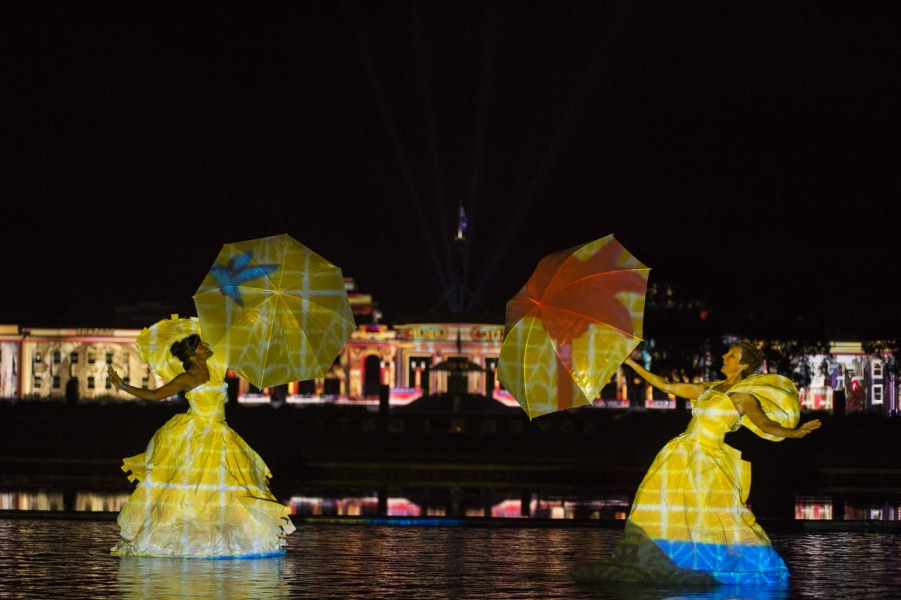 Canberra's Enlighten festival is now underway with the walls of well-known ACT institutions lit up with projected images inspired by what is inside.

The Museum of Australian Democracy (MoAD) in Old Parliament House has revealed its colourful projections will be themed "the power of words".

Karp stated "we are taking the idea from Magna Carta to hashtag activism, and some elements inside such as political cartoons from the Behind the Lines 2014 exhibition.

"We've done some beautiful word art on some of our significant prime ministers using words taken from their key speeches, some work with young people called Play Up, and then of course, the Power of 1, our big interactive exhibition."

Inside Old Parliament House a kaleidoscope cubby has been established to create a hands on experience.

Organisers are hoping visitors will add their words of power to the colourful display located in historic King's Hall.

Cultural institutions are offering special late night openings and outdoor entertainment has been arranged in the parliamentary triangle to coincide with the light show.

Now in its fifth year, Enlighten runs from 27th February to 7th March.