End of Free Swimming at Shellharbour 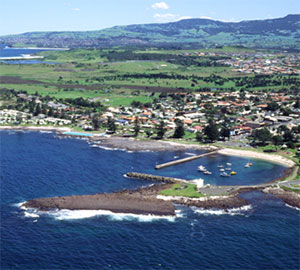 Shellharbour City Council has ended its long-held tradition of free access to its swimming pools.

Despite strong opposition from swimming clubs, surf clubs and the broader community, backed by the presentation of a 2,426-signature petition, the Council's administrator David Jesson has ended the program.

However, the administrator has made a commitment that money raised from the new fees will be set aside to investigate whether the city's older pools should be maintained or a new leisure centre built.

The existing cold water pools would soon need significant capital investment, Jesson explained, and the opportunity exists for an elected council to investigate whether a leisure centre might be a more suitable option. The changes to the fee structure were made by the council as part of a commitment to save $100,000 for its 2009-10 budget.

Among the many arguments against the introduction of general admission charges Shellharbour City's Warilla, Albion Park and Oak Flats cold water pools ($2 for adults, $1 for children/concession including pensioners and $4 for a family) were questions over the standard of the 40-year-old pools and the quality of leisure centres in other local government areas.

It was also argued that disadvantaged families would bear the financial burden.

Jesson said he was not surprised at the strong opposition to the move, but stated the "fact of the matter is ... ratepayers are collectively subsidising pool operations to the tune of $950,000 a year".

Oak Flats Swimming Club President Jim Egan said he was "very, very disappointed" with the new fees and charges for swim clubs and the shorter season as earlier proposed was now a more preferable option," adding "our numbers will be affected ... some people won't be able to afford it."