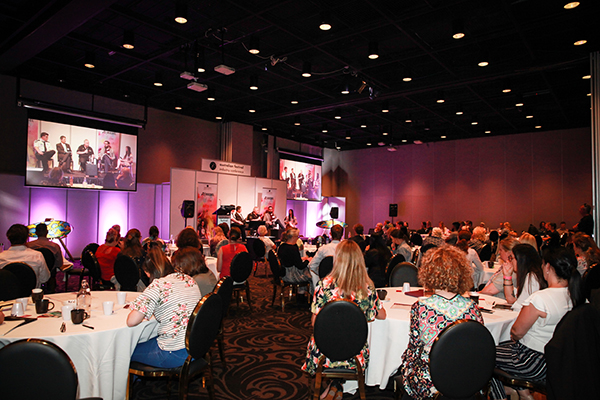 Following the success of its inaugural event in 2019, the Australian Festival Industry Conference (AFIC), Australia’s only conference for those involved in festival management, is set to return from Tuesday 22nd to Thursday 24th September 2020.

In response to overwhelming demand, the event has been expanded to span across three days; and while the program is still being finalised, the one issue that is on everyone’s minds at the moment is ‘emergency management’ and ‘fire safety’.

The current bush fire season has claimed the cancellation of a number of festivals, including Falls Festival in Lorne (VIC), Lunar Electric in Maitland (NSW), Lost Paradise in the Central Coast (NSW), A Day On The Green in Rutherglen (VIC), and the 2019 World Rally Championship in Coffs Harbour (NSW).

Founder and event director, Carlina Ericson advises “the economic value that festival tourism contributes to metropolitan and regional communities (such as those on the NSW South Coast and in Victoria) is not to be underestimated, and the impact will be substantial.”

A number of Councils over New Year’s Eve, such as Sydney and Adelaide reconsidered the running of their fireworks displays, while other destinations and events such as Port Macquarie-Hastings Council and ‘NYE in the Park’ completely cancelled their displays as a safety precaution.

Ericson added “this obviously raises an important issue that is critical to the successful planning of any festival and will therefore be a key topic of this year’s conference.”

Commenting on the response to last year’s inaugural conference Ericson notes “the industry spoke loud and clear: both throughout the conference and long after the event had concluded the feedback has been nothing short of positive.

“Some delegates even remarked that it was the best conference they had ever been to!

“It’s clear that the industry wants an opportunity to connect, learn, share, and discuss key issues that they’re all facing.

“I look forward to welcoming everyone back later this year!” says Ms Ericson.

Last year marked a significant milestone in Australia’s festival industry history as for the first time in over twenty years, a conference dedicated exclusively to festival management personnel was held.

Its program of speakers were some of the country’s top professionals who discussed key national issues affecting a range of festivals, such as health and medical safety, crowd management and indigenous engagement.

A location for the 2020 conference is still yet to be announced.

Click here for more information on AFIC in the Australasian Leisure Management calendar.

Image of panel discussion at the 2019 Australian Festival Industry Conference