At its special 25th anniversary gala event, held at Melbourne Museum last evening, the Association’s community celebrated the important role of individuals to the success of the Association and the wider business event industry.

International Convention Centre Sydney’s (ICC Sydney) Malu Barrios was named the inaugural winner of the Unsung Hero of the Industry for her contribution over many years and Info Salon Group’s Jo-Anne Kelleway was recognised for her decades of service to the Association becoming the 2017 recipient of the Trevor Riddell President’s Award.

DiMascio stated “on behalf of the EEAA community, we congratulate Malu Barrios and Jo-Anne Kelleway on their award wins.

“Our industry has many talented people - men and women who have dedicated years of service to our sector. Tonight we honour two stand-out women whose contribution is unequalled. They are exemplary role models and most deserving winners.”

Barrios was recognised for her service over the past four decades during which, most recently, she played a critical role in supporting the exhibition industry through the challenging three years at the temporary exhibition centre at Glebe Island. 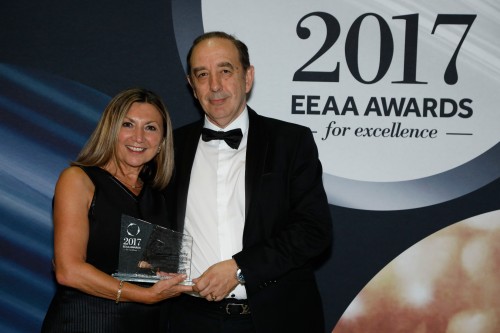 She has since transitioned many of those clients to the new ICC Sydney where she has also played a critical role in re-establishing their shows at the new venue.

Anemogiannis advised “Jo-Anne was one of the Association’s first and youngest board members and has been tireless in her commitment to the Association over the past 25 years.

“She is an outstanding advocate for the Association always on the lookout for opportunities to build our reputation and connections - and her energy and vitality is unsurpassed.

“I can think of no-one more worthy of this recognition and I am honoured to present her with this award.”

DiMascio added “it’s pleasing to see the number of talented young members coming through our industry. The Association is proud to recognise their achievements and to support our future leaders through this award.”

The other nominees acknowledged as future leaders were Nina Shand from Diversified Communications Australia, Cathy Hammond from Exhibitions and Trade Fairs and Kiarna Harvey from National Media. 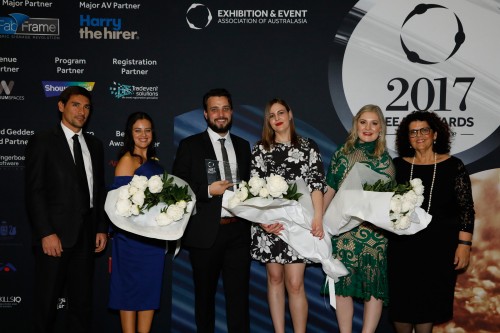