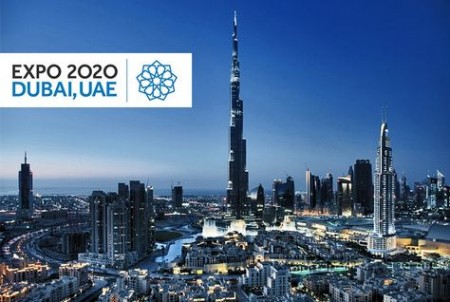 Beating off rival bids from Brazil, Turkey and Russia, the Emirate of Dubai has been chosen to host the World Expo trade convention in 2020.

The first Middle Eastern city to hold the Expo, Dubai ruler Sheikh Mohammed Bin Rashid al-Maktoum, has promised to astonish the world with the event.

Speaking after the win, said Sheikh al-Maktoum, who is also Vice President of the United Arab Emirates, stated "we renew our promise to astonish the world in 2020.

"Dubai Expo 2020 will breathe new life into the ancient role of the Middle East as a melting pot for cultures and creativity."

The World Expo sees hundreds of countries show off the latest in architecture and technology. In winning its bid to host the Expo, the Arabian Gulf city beat Russia's Yekaterinburg in the final round of voting in Paris. The other contenders were Sao Paulo in Brazil and Izmir in Turkey.

Dubai authorities say financing for the six-month event will cost a total of US$8.4 billion, with the Government spending around $6.5 billion on infrastructure projects.

Hosting the Expo 2020 is expected to generate around $23 billion in economic activity and generate in excess of 250,000 jobs.

Under the theme 'Connecting Minds, Creating the Future', Dubai will build a giant exhibition centre to host the event, along with new hotels and an extension to the city's metro line.

The official Twitter account for Dubai's World Expo bid wrote after the announcement that the win "will help unlock the vast potential of this region."

Growing from the World Fairs movement and with a 150-year history, World Expos takes place every three to five years. The 2012 World Expo was staged in Yeosu, South Korea while the next World Expo will be held in Milan in 2015.

Commenting on the win, Suhail Masri, Vice President of Sales for Bayt.com the Gulf's leading online job agency, stated "Expo Dubai 2020 will, among other advantages, lead to an increase in the number of building developments undertaken in the country in order to create the appropriate infrastructure, as well as create jobs in the tourism sector.

Following the announcement of Dubai's successful hosting bid, fireworks erupted in the skies around the Burj Khalifa, the world's tallest tower.

For more information go to www.expo2020dubai.ae/en/world_expos