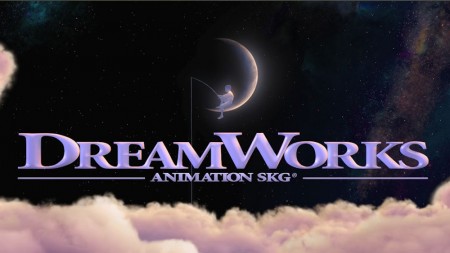 In a move that Dreamworld claims to be "the most exciting and extensive development currently underway in any Australian theme park, Dreamworld's new DreamWorks Animation-themed lands will welcome guests inside the very worlds of their favourite animated characters, inspired by the iconic DreamWorks Animation franchises. Well-loved characters including Shrek, Puss in Boots, Po from Kung Fu Panda, Alex the Lion from Madagascar, and many others will soon appear at Dreamworld all year round."

Dreamworld Chief Executive Todd Coates explained "we are really excited to have formed a long term strategic alliance with one of the most visionary entertainment companies in the world. The DreamWorks Animation brand is a household name, and we have no doubt that featuring the characters and worlds from their movies will be a great draw for our park."

DreamWorks Animation Chief Executive Jeffrey Katzenberg adds "Dreamworld has done a fantastic job of creating quality entertainment experiences for their customers and we look forward to joining forces with the largest theme park in Australia, a hugely important market for us.

"The alliance between Dreamworld and DreamWorks represents yet another opportunity for families across the globe to interact with our characters in new and exciting ways."

The alliance will be revealed over three phases commencing with the DreamWorks 'Holiday Shrektacular Show' this summer season. The stage spectacular will feature eight of DreamWorks Animation's beloved characters performing a host of popular holiday-themed songs.

In an Australian theme park first, phase two will open for the 2012 Easter holiday period with a new 8,400 metre2 DreamWorks Experience precinct, which will transform the heart of Dreamworld. Guests of all ages will be invited to step directly into the story as they enter these immersive lands: come face to face and interact with their favourite animated heroes, enjoy festive musical shows, ride all-new attractions, and delight in imaginative food, beverage and merchandise offerings. The precinct's cornerstone rides will capture memorable moments from DreamWorks Animation's blockbuster films.

The exciting third phase, which is currently in development, will include a Kung Fu garden where families can meet Po from Kung Fu Panda and enjoy lunch or refreshments.

The addition of the DreamWorks Animation brand tops off a huge year for Dreamworld as it celebrates its 30th birthday. An impressive line-up of new attractions, including the new exotic animal enclosure, The Lair, family adventure ride, ShockWave, and Big 7 thrill ride, BuzzSaw, account for the largest capital investment spend in a number of years.

Dreamworld's upcoming 30th anniversary will be the cover feature in the November/December 2011 issue of Australasian Leisure Management.

For more information go to www.www.dreamworld.com.au