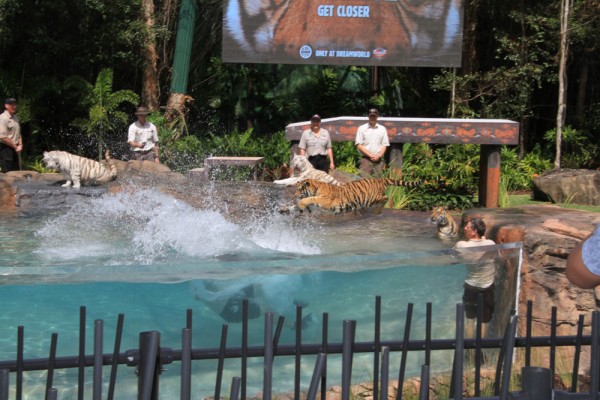 With landscaping by TV gardening expert Jamie Durie and his team at Durie Design the attraction features new themed shopping and dining outlets including the Island Noodle Hut – where guests can savour the tastes of Asia including sumptuous noodles and modern bites overlooking Tiger Island - and Tiger Bazaar- selling tiger-themed merchandise including soft toys, clothing and gifts.

It also offers a dedicated undercover corporate events space seating up to 250 people.

Dreamworld Chief Executive Craig Davidson said the reinvigoration of Tiger Island would ensure the park retained its leading role in the global race to save tigers in the wild, advising "the redevelopment of Tiger Island is a significant milestone for Dreamworld and a wonderful gift for our tigers and their wild cousins as we celebrate the 21st anniversary of Tiger Island.

“Turning the spotlight on conservation, visitors to this amazing new conservation precinct will be able to feel closer to our tigers than ever before, encouraging empathy and educating guests on the plight of tigers in the wild. 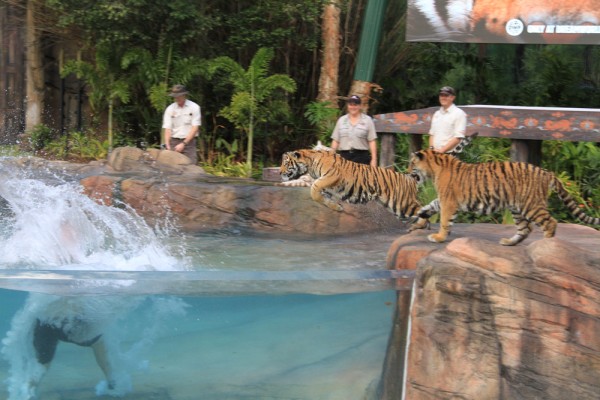 Dreamworld, through the Dreamworld Wildlife Foundation (DWF), is the largest zoological contributor to tiger conservation worldwide. The park’s seven adult tigers and five cubs are ambassadors for their wild counterparts, raising funds for tiger conservation through guest experiences, donations and the park’s adopt an animal program.

Due to open by Christmas, the second stage of the precinct will include

Davidson said he expected the park’s popular tiger photo experiences and tiger presentations to also start by Christmas once the tigers had settled into their new home.

Internationally-acclaimed designer Jamie Durie and his team were an integral part of the Tiger Island project, extending Durie’s existing landscaping work with Dreamworld which has included the Dreamworld globe and entry statements. 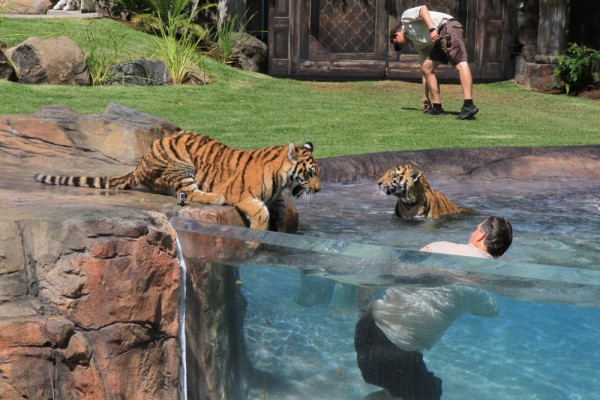 Durie explained “designing the grounds for Tiger Island was like blending set-design with high-end landscape architecture.

“For colour and effect we added variegated plants like Tiger Cycads to reflect the tigers’ natural tropical habitat in Asia, balanced with orange Trumpet Vines to really emphasise the tigers’ stripes.”

Durie said the Tiger Island base was just as important as the foliage, adding “our ‘tiger-grade’ turf was specially developed to ensure it would be tougher than most football fields and we had to lay sand and silt over Tiger Island’s clay base to ensure the grass would put down strong roots and grow quickly.

“Overall, I’m delighted and proud how the project has come together. As the Dreamworld Wildlife Foundation Ambassador, I hope this new world class animal exhibition helps us raise even more support for saving tigers in the wild. I encourage everyone to get involved via www.dwf.com.au or make a donation at Tiger Island on your next visit to Dreamworld.” 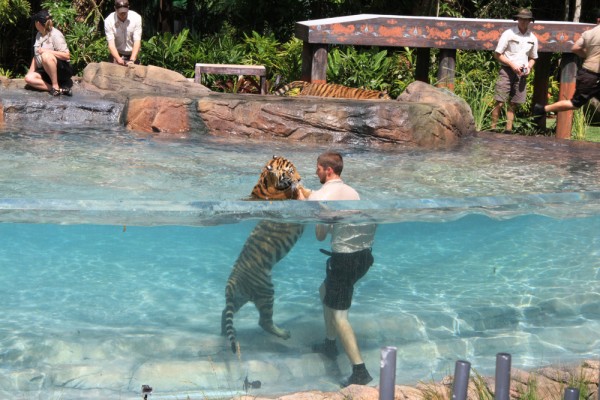 Mucci commented “some of the anti-poaching teams we support recently caught two tiger poachers in Indonesia and the offenders were subsequently jailed.

“This is a significant win for tiger conservation and a great example of how our collaborative efforts can make a difference.”

DWF’s tiger conservation partners include 21st Century Tiger, Flora & Fauna International and the Phoenix Fund. Tigers are critically endangered with less than 3,000 left in the wild.

Dreamworld is an active member of the Zoo and Aquarium Association, the peak body representing the zoo and aquarium community throughout Australasia. The park also participates in theGlobal Species Management Program for Sumatran tigers

For details about the Dreamworld Wildlife Foundation go to dwf.com.au