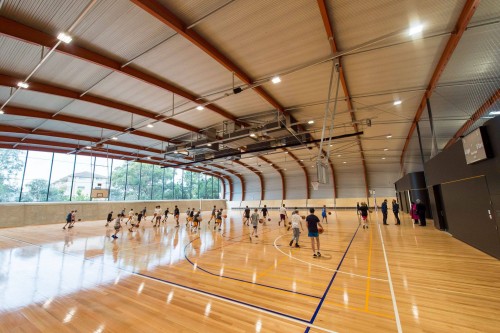 Today’s opening of a new Police Citizens Youth Club (PCYC) at Dee Why on Sydney’s Northern Beaches is part of a new direction for the organisation, coinciding with its 80 years of operations.

The $25 million project, which has been led by the Northern Beaches Council includes two multi-use indoor sports courts, a youth drop-in centre and study area, three multipurpose community rooms, PCYC youth counselling space and a café on top of three levels of parking for 348 cars.

Aimed at engaging youth on Sydney’s Northern Beaches, the facility was opened today by The Governor of NSW and Patron of PCYC NSW, His Excellency General David Hurley.

PCYC NSW Chief Executive Dominic Teakle said the new club had already proved to be a huge success with nearly 2000 members and many local people offering their services as volunteers.

Theale explained “with this new presence on the Northern Beaches, PCYC is able to offer an expansion of its commitment to offer programs and services to empower young people, get them active in life, develop their skills, character and leadership and reduce and prevent crime by and against young people.” 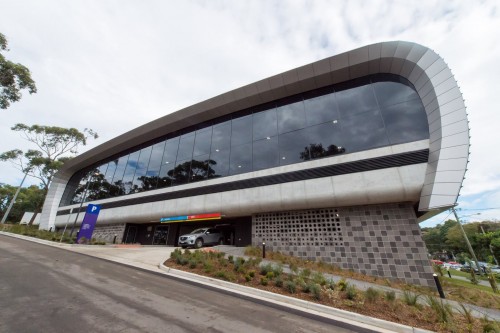 Two youth command police case managers will be based at the club to work with young people who have been referred by the local authorities, schools and the police local area command.

The striking design of the PCYC has created a new landmark for the Dee Why area, with vaulting over the top of the building creating a curved aluminium roof using the same technology as used in the construction of the Dubai airport terminals.

The PCYC is a non-profit community organisation that incorporates a civilian arm that oversees the clubs and their activities, and a police arm that works with other government agencies and departments to help young people who are having problems, including with the law.

The new PCYC Northern Beaches is one of a series of new PCYC NSW facilities, following the redevelopment of its Auburn club last year and with new facilities due to open in Waitara and Wagga Wagga in the near future. 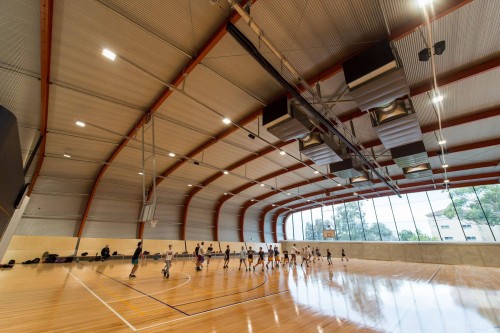 PCYC NSW Communications and Media Manager Michael Blaxland sees PCYC Northern Beaches as “an important and significant club” because of the timing of its opening so close to its anniversary.

Blaxland sees that the facility’s distinctive design is part of the changing face of PCYC NSW which, having began as an organisation for young boys, now caters for both genders and for all ages.

Blaxland added it’s not just for young people - our programs range from kindergym for 18-month-olds to gentle exercise for seniors (with) programs for all people on the northern beaches of all ages, not just 12- to 18-year-olds.”

While the former Warringah Council and its successor the Northern Beaches Council funded almost all of PCYC Northern Beaches’ construction and fit-out, PCYC will staff the club, maintain it and manage it, at no cost to the Council.