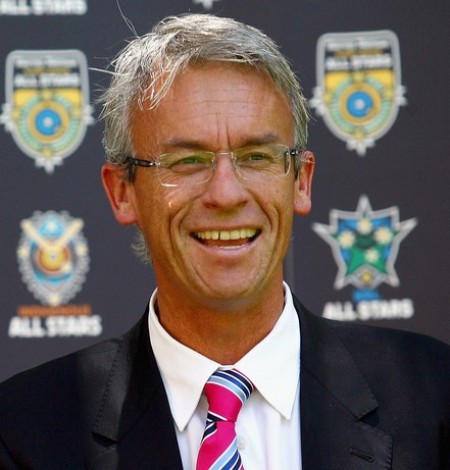 Gallop will assume the new Chief Executive's post before the end of the year with Buckley announcing that he will step down from his role at the conclusion of negotiations for the FFA's new broadcast deal in about two months.

With the NRL finalising its own broadcast deal, the FFA's negotiations, which may involve either SBS or Ten in a partnership with Fox Sports, aim to increase the value of its existing contract to $40 million per year.

Gallop is well-known as the former Chief Executive of the National Rugby League and Australian Rugby League Commission and is widely respected as a leader and sports administrator.

Announcing the appointment, FFA Chairman Frank Lowy AC, said Buckley first raised the prospect of moving on from FFA several months ago and the two had agreed the conclusion of the broadcast deal was a logical time to make a career move.

Lowy added that Buckley had discussed possible opportunities at FFA with Gallop soon after he had left the ARL Commission, stating "these discussions created the opportunity for us to consider Mr Gallop as a successor to Ben."

Lowy described Buckley as one of Australias finest sports administrators, stating "Ben has worked tirelessly for football both at home and abroad and has steered the game through a difficult period of consolidation.

"He has the respect and thanks of the board for his contribution and he will remain a valued friend of the game.

"I wish him well for the future."

Buckley who has been at the helm of the FFA for the past six years, added "the broadcast deal is at the heart of the future of football in this country and it has been the most critical aspect of my work for the past 18 months.

"I told the Chairman some time ago I was determined to negotiate the best possible deal to underpin the future growth of the game but that once done I would like to work with he and the board to identify a successor."

Looking to the future, Lowy said he was looking forward to working with Gallop to build on past achievements and grow the game into the future.

"Mr Gallop comes to the job well-equipped to meet the challenges ahead.

"He is an experienced sports administrator of high standing and is widely respected across all sports."